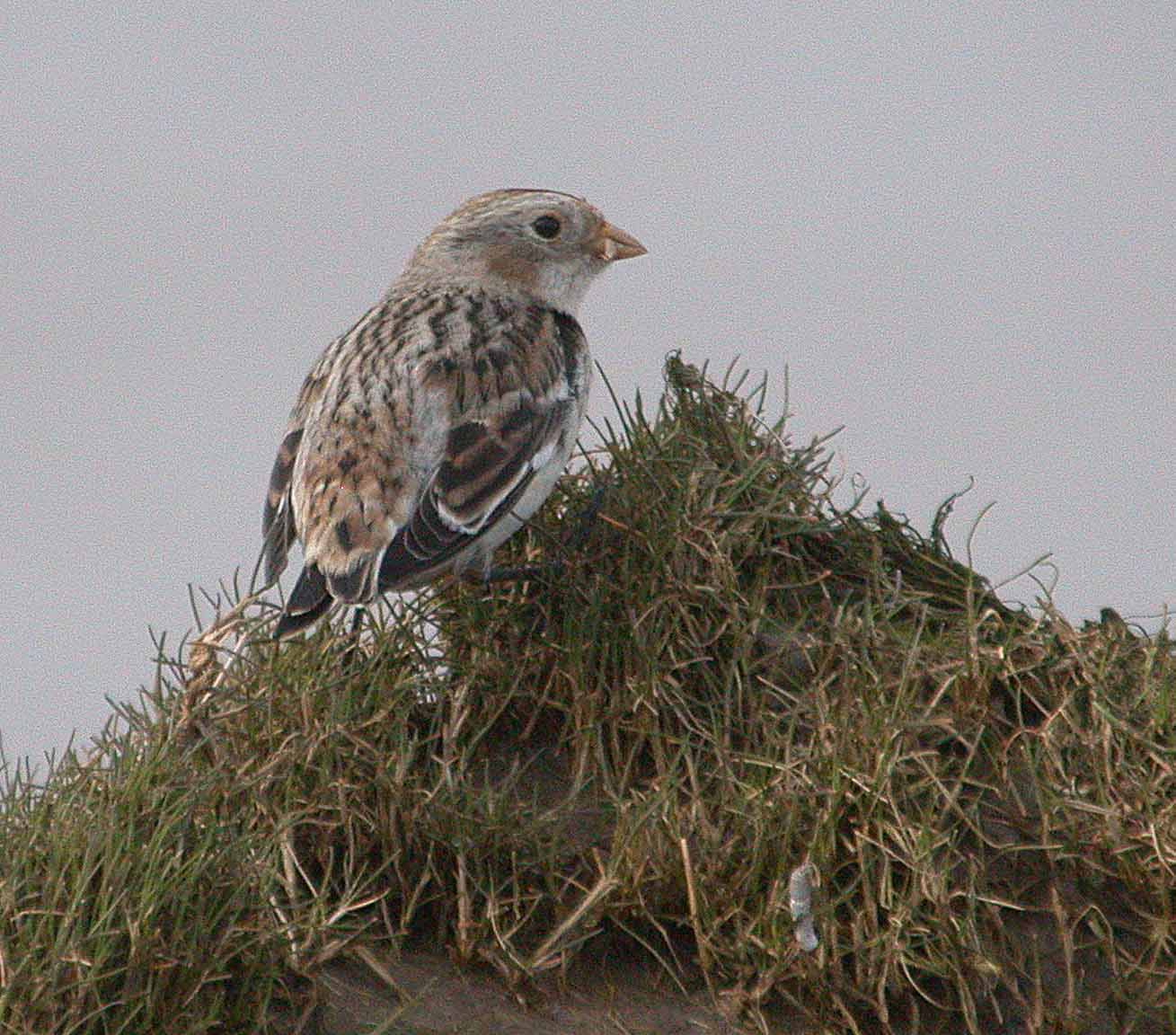 26-31 January 2009 Much the same quality birding at WWT and a great day in the Forest of Dean on 30th, see trip reports for what we saw.

25 January 2009 Back at WWT the Snow Bunting was of note, see WWT website for details.

16-23 January 2009 On the Anser Northern Tour, see trip report page for full details/images in due course.

13-15 January 2009 Not much too report here but a male and female Blackcap continue to winter in the garden and the juvenile Glaucous Gull was on South Lake on 15th.

12 January 2009 The strong winds and high tide produced a a couple of good birds when I did the rounds at WWT. A juvenile/first winter Glaucous Gull and adult Yellow-legged Gull were on the Dumbles, see the WWT website for an image and other news. I added the DB Brent Goose to our office list today, the others were also there so got it as well so no chance of creeping ahead of them. Nice to see 13 Ruff back on the reserve too.

11 January 2009 The 6 Tundra Bean Geese were back in the Tack Piece at WWT, this was the highlight of the day.

10 January 2009 A day trip to Cornwall for the Snowy Owl and other birds, a trip report will be on the trip report page.

9 January 2009 A male and female Blackcap feeding on apples in my garden plus a Goldcrest this morning. Mike Cox reports 6 Bean Geese on the Tack Piece at WWT, no more details.

8 January 2009 Nothing much note today, a white Lesser Black-backed Gull was on the estuary this afternoon.

7 January 2009 I saw the DB Brent Goose fly over where we were working near the canal with the E White-fronts, a juvenile/first winter Glaucous Gull was spotted briefly (JSL) on the ice floes on the Severn from the Holden Tower at 1630 but we watched it fly to Purton where it dissapeared in the 50,000 gulls there. Some snow flurries and rain this evening showed the temp has raised a bit.

6 January 2009 At WWT Siberian Chiffchaff flew around calling continously outside the Duck hut and went into the bushes next to the restaurant to roost at dusk. It showed to 8ft next to the Caribbean Flamingo house and did a circuit before going silent. I had a Shelduck in my hand and ringing pliers but DBP and Mike Cox got their bins on it. The centre was closed today for canal bridge work. I also saw 2 Rock Pipit, 1 Water or other type Pipit, 2 Short-eared Owls (hunting over the 100 Acre from 1400). Bob Radford reported 3 Avocet heading upriver past Berkeley in the morning and Mike Cox had a Barn Owl at WWT after droppping me off up the reserve to walk home due to bridge closure

4 January 2009 Twenty minutes at the Court Lake, Frampton and 2 male Goldeneye a Scaup, 2 Little Grebe and 2 Egyptian Geese were noted.

1-3 January 2009 The WWT website has all the sightings from myself except for seeing a Little Stint and male Blackcap on mistletoe. The juvenile Brent Goose and the wildfowl flying low (inc E White-fronted Geese) around the centre in the sun was highlight for this period. I had my best ever year in Gloucestershire and at WWT with over 220 birds seen in the county and 200 at the trust.

Male Gadwall is not just a grey duck with a black tail…
One for duck lover Steve Dark, Happy New Year Steve.

Dunlin and Little Stint MJM  When it thaws we will see the waders at WWT again.

Waxwings at Littledean, Glos MJM A flock of 14 took advantage of this ornamental rowan.

Goldcrest at WWT Slimbridge MJM The small birds are suffering in this cold weather.