30 April 2011 After a getting to bed at 0200 and hearing the dawn chorus at 0430 I woke at 0730 in the Forest of Dean on a family/friends camping trip. The lack of sleep wrote off any energetic birding today and all League 1 Football results did not go the way of Bristol Rovers despite a 1-1 draw with Sheffield Weds. Too many injured players. Looks like they are down.

29 April 2011  An exciting day for me on the Severn, a visible passage of Bar-tailed Godwits was excellent to watch in action, at least 180 were about on the morning tide and 203 in the evening. Others went through heading NE, most of the males were in full breeding plumage. 2 Common Terns were present on both tides, probably one of the WWT 100Acre breeding pairs, a party of 5 ‘Commic’ Terns, probably Arctic went through in the evening. NPG had 50 Arctic Terns through the Frampton Pools in the evening. Other highlights were 6 Whimbrel, a Black-tailed Godwit, 15 Dunlin and I picked up a dark phase Arctic Skua in the bins/scope that went through low N before climbing over Hock cliff and heading inland.

23-28 April 2011 Similar birds this week, a second male Garganey was about the trust.

22 April 2011 A walk out to the Severn Estuary this am produced 5 Common Tern on the estuary mud with BHGulls, 6 Black-tailed Godwit, 6 Dunlin, 4 migrant (they were in non-breeding plumage and roosting) Oystercatcher and a few Yellow Wagtails. A male Yellow Wagtail seems to be territorial in the WWT 100 Acre. I also discovered my first Hairy Dragonflies of the year, a female and male in the Green Lane between platforms. A Cuckoo sang near the canal towpath at Splatt Bridge, Frampton and the five Common Terns were on Townfield Lake. Two Yellow Wagtail were around my house, perhaps looking at the crop next to us as a breeding site. 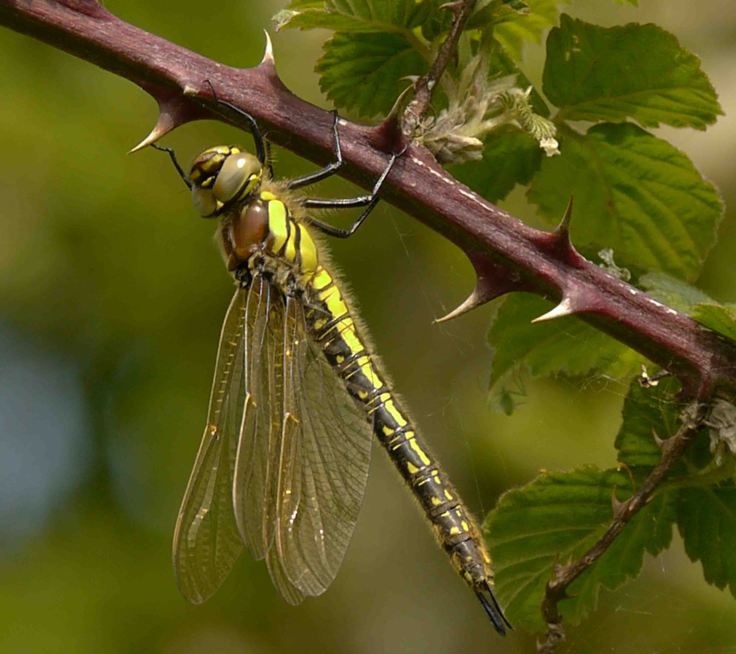 21 April 2011 A male Whinchat (first in Britain this year, the other was with a Spectacled Warbler on the Belen plain) and male Yellow Wagtail near Middle Point were stunning in the sunshine. A further 5 Y Wagtails flew over North. A high tide collection of waders included a Sanderling, 3 Grey Plover and 6 Bar-tailed Godwit. A Peregrine dispersed the roost on the ebb tide. Two Greenshank and a Green Sandpiper remained on the scrapes.

17-19 April 2011 At WWT a few migrants around, a few non-breeding plumaged waders on the estuary and falls of Whitethroat and Sedge Warbler. A couple of Green Sandpipers have been around the scrapes which are rather scarce in spring, the more expected Common Sandpipers are also around. 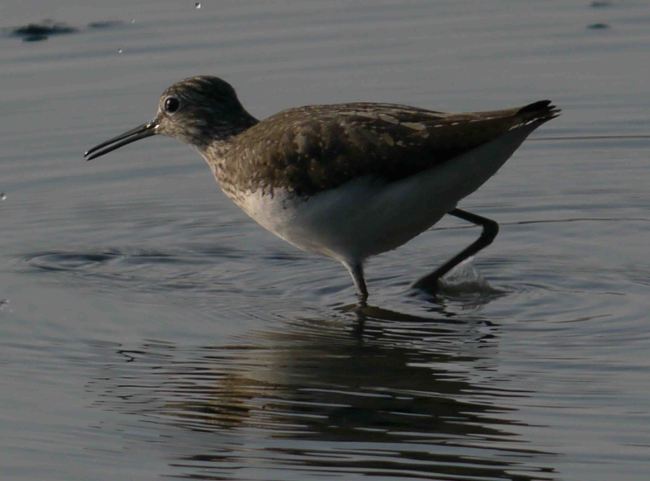 16 April 2011 At home all day so far, lots of butterflies about, Swallows and House Martins. NPG reports Nightingale at Frampton. Not going down to the South coast but BRFC have Southampton away this afternoon and we need 3 points.

Some more Extremedura images.
Rich Ford supplied these stunners to keep us ticking over, more of his shots are viewable on http://richardsbirdingdiary.blogspot.com/

14-15 April 2011 A few days off at home, I have Collared Dove and Woodpigeon on eggs, fledged Blackbird chicks in the beech hedge (cats kill them every year) two occupied House Sparrow boxes, an open box with something in there (Robin) and a Wren nest. I still intend to get even more boxes up and my roof has a few pairs of House Sparrow too.

13 April 2011 A similar set of birds to yesterday, a period of low cloud and light rain brought 20 Swallows and 20 Sand Martin down. The estuary was rather quiet.

12 April 2011 The Garganey, 123 Blackwit, Lesser Scaup, Spotted Redshank, 19 Redshank and a Knot were all notable at WWT but the Green Sandpiper was new for the year for me, a Tree Pipit near the Martin Smith Hide was of note and a few Dunlin and a Grey Plover were on the estuary. A White Wagtail was near the Holden Tower and a Yellow Wagtail over the Zeiss Hide.

11 April 2011 Did not get to bed until 0200 and up at 0630 to start a Spring Landrover safari at WWT. One of the first birds was a female Redstart, my first of the year. A variety of good birds about but best of all was a Brent Goose that I picked up distantly in the 100 Acre. It was a misty morning and had the low sun illuminating it but I thought it to have extremely white flanks and a distinct neck sock. I discussed this with my group and about the effect of strong light in determining which race it was. We relocated to the viewing platform for better light but the goose had gone. Later in the day at lunch I refound the bird at high tide flying around with Shelduck and Oystercatcher. It was a Light-bellied Brent, my second record of the year after the two in March and only my third ever WWT and Glos record. 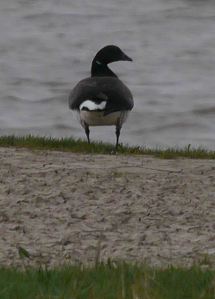 In addition a male Garganey, the Lesser Scaup, a Dunlin and a Spotted Redhank were all present today.

6-10 April 2011 A great trip to Extremadura, a full trip report will appear soon. As we had a few DSLR-heads (digital slr camera users) with us some quality images should be on offer, thanks to all who came with Graham, Neil and myself, we all enjoyed your company very much.

5 April 2011 Best of today was displaying Little ringed Plovers on the South Lake, also a pair of Goldcrest doing the same. A party of Canada Geese wandered into Lapwing territories on the Top New Piece this afternoon, four pairs swarmed them and drove them away. Oystercatcher pairs are also facing up to each other, heads down and getting very agitated. A few Swallows and c60 Sand Martin were about.

4 April 2011 A first summer Little Gull flew down the estuary at 1600, first of the year for me. A spring record 194 Black-tailed Godwits were around the WWT scrapes.

3 April 2011 At WWT Slimbridge a few migrant waders were around, the Lesser Scaup remained.

2 April 2011 A couple of Small White butterflies were the only new sighting of the year for me , they were in Gloucester.

1 April 2011 After hearing earlier in the day from the finder  Geoff Moyser I was finally tempted by tales of a breeding plumaged LapBunt feeding around the Dumbles scrape. It was still present at midday but not in full glory plumage wise, nice bird though. The six White Wagtails were also a treat, perhaps all heading the same way? A Red Admiral at home was a first of the year.