15 May 2011 Arrived in Moscow at 0430 and was picked up by taxi. We (Nigel Jarrett and I) met up with two members of our team travelling to Chukotka. We had 3 hours sleep and will be attempting to fly out this evening to Anadyr.

14 May 2011 Off to Far Eastern Russia today, the Chukotka Autonomous region on a joint expedtion. I will be accompanying Nigel Jarrett and joining a team to explore 500 sq km of tundra. Not sure when the next update will be but have a great wildlife filled Spring and early summer. I hope we can arrange a book signing session with Kate Humble in late August or early September. WWT Slimbridge will have the details in due course.

12-13 May 2011 I am making a lot of last minute preparations in readiness for the trip to Far Eastern Russia (visa permitting) so no birding at all, highly irregular for May. Thanks to everyone that has supported the Watching Waterbirds book, it is raising funds for conservation work that WWT is involved in.

Dunlin on the Severn MJMcGill

Racial and plumage variation in Dunlin MJMcGill
A greyer bird on the left that lacks the rich chestnut/ginger markings, streaking on throat, neck and darker marks such as ear coverts. Also the bill and leg length is shorter. 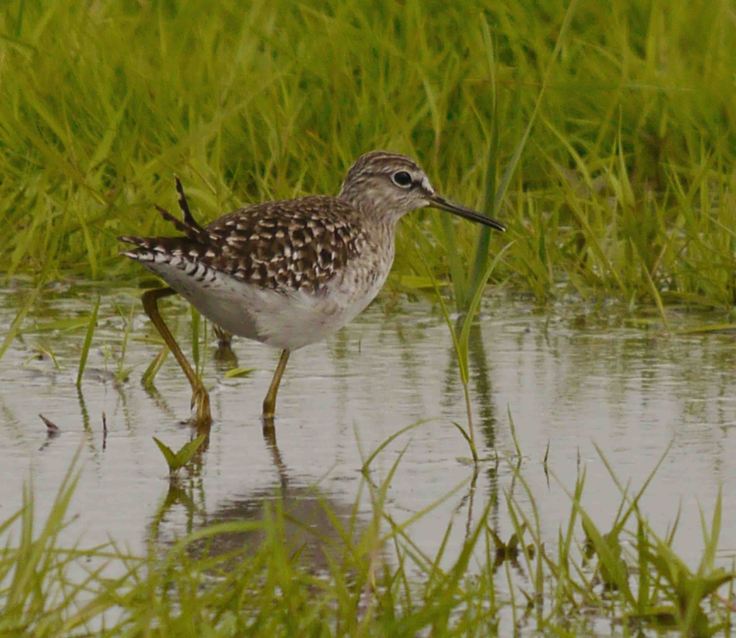 9-10 May 2011 A couple of Wood Sands were nice, one colour ringed and I await details of where it was marked. A few waders were still on offer on the falling tides, much lower numbers than of late but all looking smart.

8 May 2011 Lots of spring migrants on offer in the Severn Estuary and around WWT Slimbridge. On the estuary Grey Plover, Red Knot, Bar-tailed Godwit, Turnstone, Dunlin and Ringed Plover all in breeding plumage, the water levels on the scrapes had gone up with lots of much needed overnight rain. A Wheatear,  Blue-headed Wagtail and c10 Yellow Wagtails were all seen, female Yellow Wagtails collecting nesting material and making nests. A 0330 start to get in by 0400 for a Dawn Chorus event was met with rain, this did not stop the birds, Cuckoo, 6 Lesser Whitethroat and 9 Common Whitethroat were highlights. A male Broad-bodied Chaser was noted.

7 May 2011 A walk around Frampton Townfield lake with J and R was fairly productive, a Common Tern, 200 Sand and House Martin and Swallows. A party of 4 Commic Terns and an adult Little Gull flew through heading NE, c 50 Black-headed Gull did the same. A Garden Warbler sang with a Nightingale nearby.

Garganey, South Lake MJM
Up to three have been around the reserve this week. 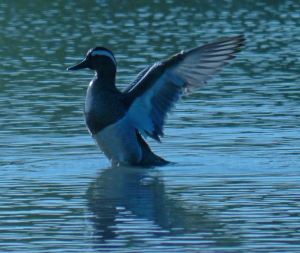 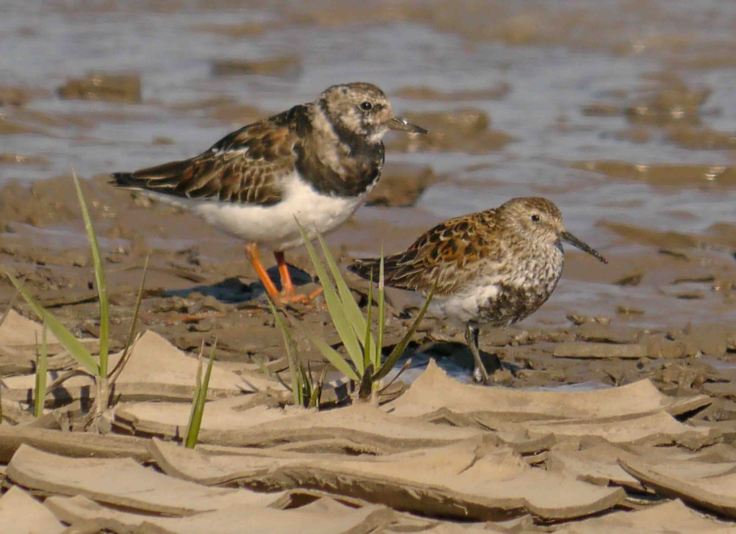 Arctic Terns heading up the Severn

1 May 2011 An excellent day of visible migration on the Severn. MLK recorded Little Tern earlier and a large selection of waders of Fretherne. Between 0740-0920 NRS and myself noted a pale phase Arctic Skua, 400 Bar-tailed Godwit, 16 Red Knot (MLK had 23), 3 Ruddy Turnstone, 5 Grey Plover, 3 Sanderling, 60 Dunlin, 15 Ringed Plover, 9 Curlew and I watched a Whimbrel fly up river and land on the rocks on the Awre side which had a dark rump. Although distant views were had it can only be a Hudsonian Whimbrel or an abberant bird. I did not get away from work until 1800 and am at work tommorow, I hope Fretherne and Awre birders are vigilant tommorow as it is likely to hang out locally whilst the NE winds are blowing. I did see two Whimbrel today on the Landrover safaris, both hardly moved all afternoon spending all their time sleeping regardless of the tidal state, clearly they were knackered and in no mood to continue North.

On top of this great haul an Arctic Tern, 25 Swift, 500+ Swallow (passage all day), 30 Sand Martin, 40 House Martin, 4 Yellow Wagtail, 400 Lesser-black Backed and 200 Herring Gull were all noted going N. A Little-ringed Plover was in the 50 Acre, 2 Wood Sandpipers (thanks Darren), 4 Common Sandpiper, 1 Green Sandpiper, 51 Black-tailed Godwit, Garganey, Yellow Wagtails and more were all on the scrapes. I heard a brief burst of Nightingale song from the 100 Acre hedge this afternoon but my group were a little too noisy for it to show and an apparent female Greenland Wheatear was on the Dumbles. Other birders on site also noted 2-3 Whinchat and 6 Arctic Terns.