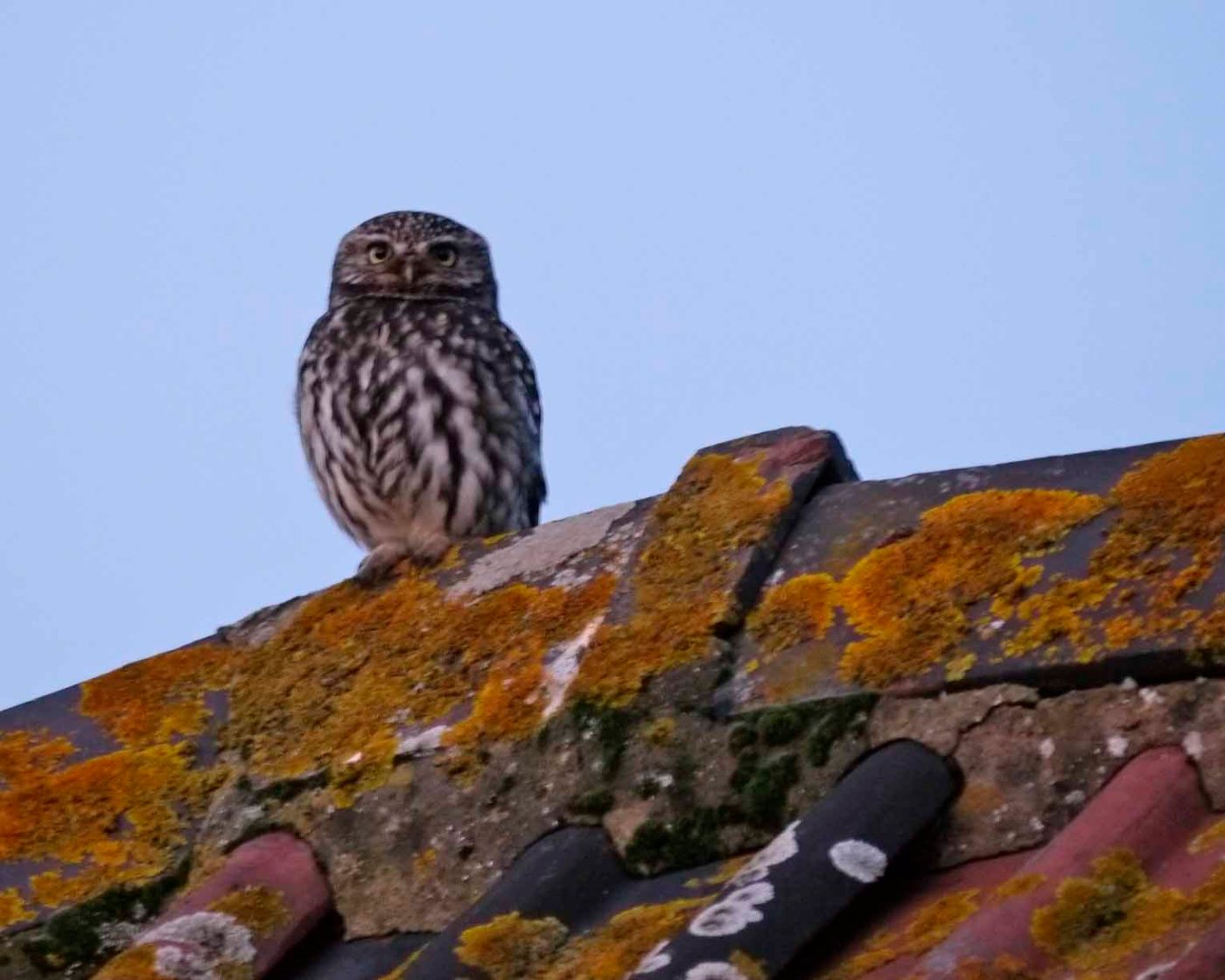 28 January 2012 Spent the afternoon with R Taylor counting gulls at Purton. This was for the Severn Estuary Gull Group (SEGG) and county database. We logged over 5000 gulls, most were Common with a few hundred Black-headed, Lesser and Great Black backed and Herring Gulls. 25 Pied Wagtail, 18 Meadow Pipit, Sparrowhawk, Kestrel and 32 Cormorant were also noted. Rich spotted a Little Owl as we returned through the lanes. 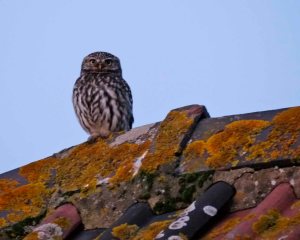 27 January 2012 A visit to Oldbury Power station to see the small party of Twite, I saw three of the four. Also plenty of Reed Bunting and Yellowhammer. I also called in at Sharpness Dock and saw a couple of Black Redstart. 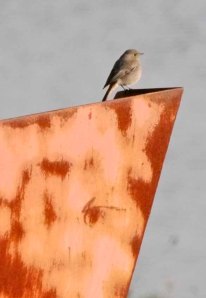 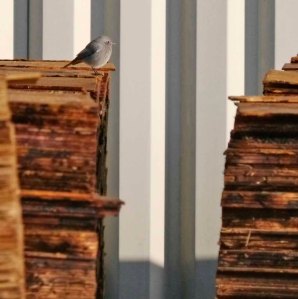 24-26 January 2012 Nothing extra noted at work, a small flock of ten Ruff now roam the WWT floods and fields. Two male Blackcap at home in the garden.

22 and 23 January 2012 I caught up with a visiting Pomarine Skua to WWT, it had bathed in front of hides but I was doing an SBS talk at the time so missed this show. I caught up with it on the sandbanks off Middle Point where it roosted overnight and suspected it could be seen the next day. As predicted it caused a stir among the waders as it headed out in the morning, apparently flying downstream to Purton. A good bird for WWT, not too many records and only the third I have seen. I can again dream of seeing the ‘light and bouncy’ one on the Severn….adult Long tailed Skua.

21 January 2012 A morning in the Forest of Dean, see trip reports page followed by a fine afternoon at Cheltenham Town’s Whaddon Road ground…Bristol Rovers away, three points in the bag. 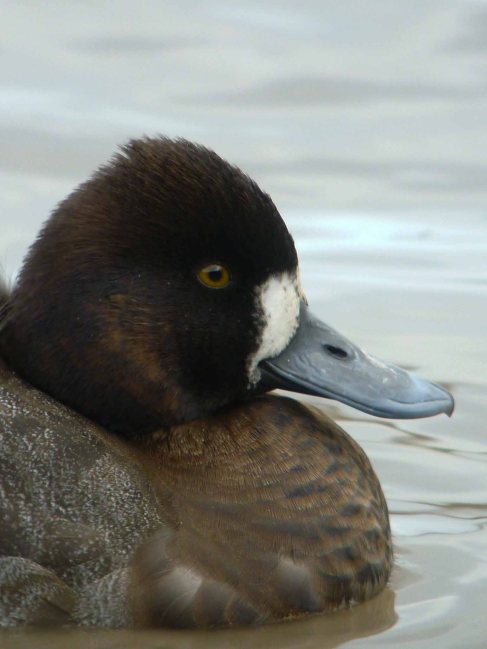 15-19 January 2012 Nothing new birding wise back to work at WWT Slimbridge, the 2 Egyptian Geese were a novelty, post frozen bird numbers began to rise again. I did miss a Short-eared Owl over the Rushy on 19th..I was feeding at the time, the birds not me.

12-13 January 2012 A rather boring couple of days with piles of paper, receipts and spreadsheets…yes, it is Tax return time again. Graham Clarkson stayed over and we discussed potential trips for 2012, a few ideas banded about depending on WWT work shedules etc. Blue Tit checking out one of my nest boxes and Collared Doves exploring possible nest sites in the garden.

Andy Jayne has messaged me with news of a male American Wigeon at Coombe Hill Meadows from Grundon Hide.

8-12 January 2012 Some new species for year included, Chiffchaff plus a female Stonechat in the WWT 100 Acre. The birding remains very good at WWT but still much the same as over Christmas. Colder weather is coming so new birds will arrive. 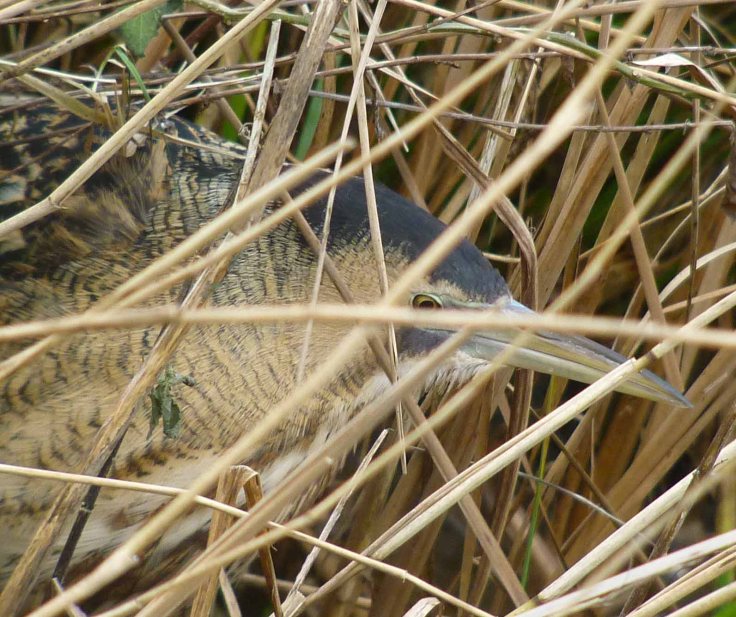 7 January 2012 A day trip to the Forest of Dean. Details on the trip reports page.

6 January 2012 I met up with Bob Radford and we headed for the high Cotswolds with a mission, to search through the Linnet flocks for Twite, none were found. We sifted through 1000 Linnets, 30 and 40 Yellowhammer, 60 Chaffinch, 20, 30 and 30 Greenfinch. A single Corn Bunting, 29 Golden Plover and lots of released Red-legged Partridge were also seen. During our route a total of 13 Kestrel were noted, over 50 Buzzards, two Hen Harrier, 3 Short-eared Owls and 12 Red Kites. Chips and mushy peas on the bridge in Bourton on the Water was followed by a quick look at the pits, 93 Coot, 2 Wigeon and small parties of Tufted Duck were the reward, a Coal Tit was new for the year. Off to the Forest of Dean tommorow.

5 January 2012 A brisk hide round with the 100 Acre Marsh Harrier scopeable from Holden Tower.

4 January 2012 A morning water level check at the 100 Acre provided the female Marsh Harrier, 2 Peregrine and 2 Buzzards plus a couple of Redpolls.

3 January 2012 An appointment at Frampton Surgery plus taking time off in lieu allowed for an hour around the pits, a few Little and Great Crested Grebe, some Tufted Duck and Coot flocks and a Little Egret were all eclipsed by an adult male and first winter male Goldeneye. Very smart birds and only regular in the CWP locally, Nick Goatman passed on news of these birds. I also explored some floods adjacent to the R Frome with another Little Egret seen.

1-2 January 2012 I recorded 76 species at WWT on 1st with a Barn Owl pick of the day as I left work at 7.42pm. A search of the north end of the reserve on 2nd gave up Short-eared Owl, Snipe, Marsh Harrier, 13 Grey Plover and Meadow Pipit.