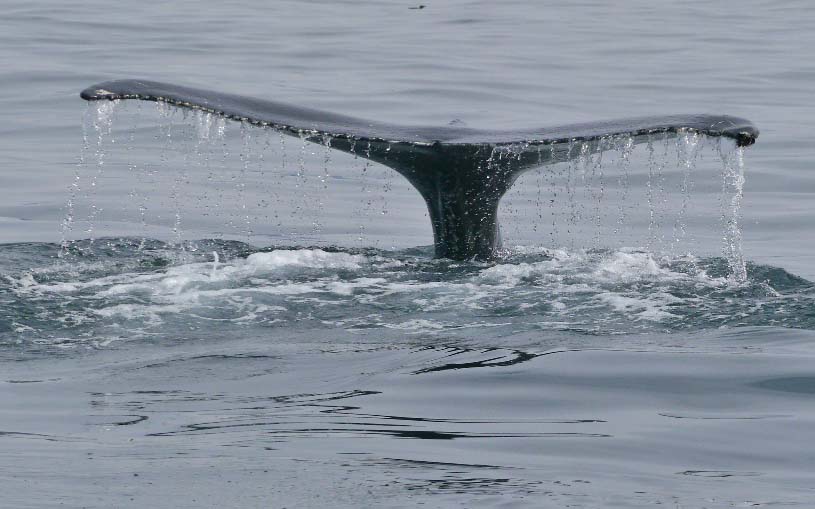 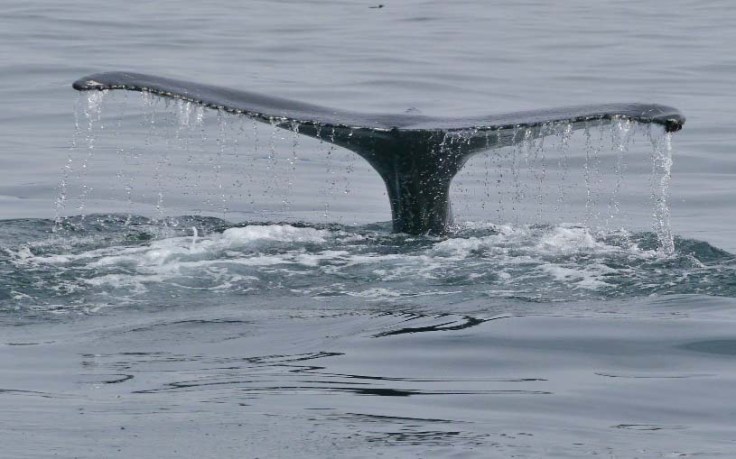 A brief summary of what we saw, more images on the gallery on link below.

Summary of areas covered (does not include stopping for the odd bird here and there).
14th Landed at Keflavik, stopped for food outside Reykjavik, headed for Seltjarnarnes and birded the Bakkatjorn lake area, headed for the north stopping on the estuary at Borgarnes, Blonduos (river mouth, sea, coffee shop and bakery), Akureyri (airport lagoons and mudflats) until reaching destination of Laugur where we were stay for two nights.
15th Headed to the River Laxa and Lake Myvatn for pre-breakfast session, explored Bardardalur valley, Husavik midday departure for Whale watch, checked a few pools at Nes, viewed the Godafoss waterfall,
16th Pre breakfast 0500 start for visit to Lake Myvatn and view the volcanic active areas. Back to Lake Myvatn post breakfast for a full tour around the lake, time on the River Laxa, drove to Varmalhid for refuel, Blonduos and then on to Hellnar on the Snaefellsnes peninsula, arrived at 7.30pm where we stayed for two nights.
17th Up early for 0630 breakfast, on to Stykkisholmur, refuel at Vegamot, picked up two Germans who had a puncture, ferry Baldur to Flatey Island, back to Stykkis for Pizza lunch, drove out along the north shore of Snaefellsnes stopping at Kolgrafafjordur, Grundarfjordur, Olafsvik, Rif and Onverdarnes lighthouse, back to hotel for 7.00pm.
18th Left after breakfast followed the road around the tip of Snaefellsnes to Hellisandur, stopped at bakery in Olafsvik, crossed over the peninsula to south side, on to Borgarnes to look over the estuary, back to Seltjarnarnes, had and evening meal in central Reykjavik on to Vogar where we stayed for the last night.
19th Left after breakfast to Gardur to refuel and head for morning flight, arrived back in Luton early afternoon.

where we were able spend some time watching it from our boat.
MINKE WHALE-at least five maybe ten feeding in the same area as the Humpback on 15th
HARBOUR PORPOISE-two feeding in a fjord on the N side of the Snaefellsnes peninsula.
KILLER WHALE (ORCA)- a pod showed very well on both nights from Hellnar 16th and 17th and another pod were off Onverdarnes on 17th.
WHITE-SIDED DOLPIN-a few off Hellnar on 17th.
ARCTIC FOX– one was spotted by Theresa in the valley of Bardardalur on 15th and another spotted by Tim at the west end of the Snaefellsnes peninsula. 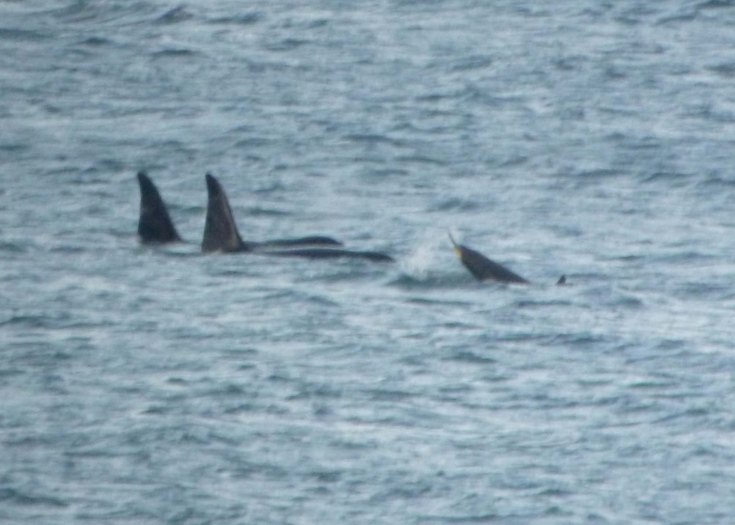 The Birds
WHOOPER SWAN– seen at many sites from central Reykjavik, river valleys and adjacent meadows to remote highland pools, many pairs had cygnets and were fairly well grown.
PINK-FOOTED GOOSE– flocks noted moving inland over Lake Myvatn on 15/16th , nervous flocks seen on the Myvatndheidi with a few closer individuals to study on 15th. Best of all were the 50 or so broods many in formed crèches along the river Heradsvatn. Most memorable were one close crèche involving a lot of goslings battling the rapids near the bridge (Solvellir). 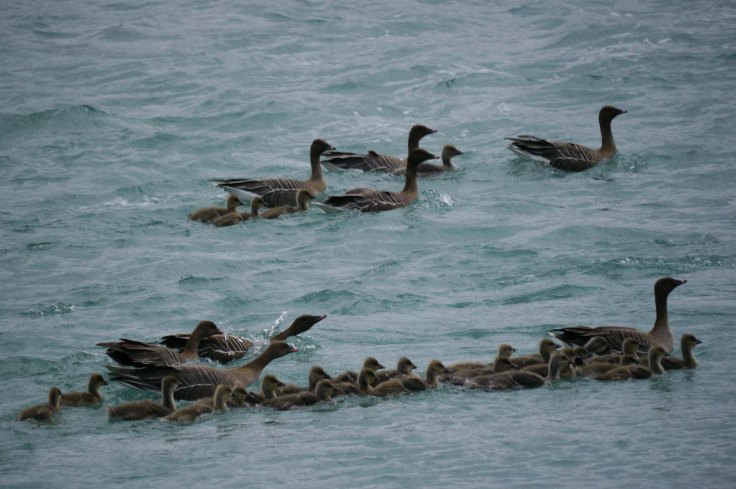 GREYLAG GOOSE– A very common bird in the lowland coastal areas, large parties of non-breeders and creches of goslings were a delight to see near towns, homesteads and farms. Fairly confiding birds and certainly used to living near humans, these birds migrate to Britain for the winter.
CANADA GOOSE– at Laugarbrekka, Beryl Smith spotted the head of a Canada Goose peeking over when we stopped briefly on the road to look at the Red-throated Diver pair on a small lake. After a quick look at the nearby monument we returned to view this bird. 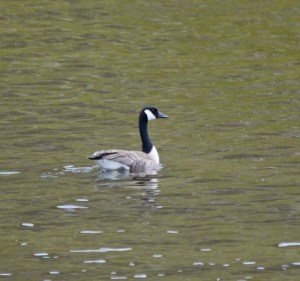 LIGHT (PALE) BELLIED BRENT GOOSE– a few straglers that has not made it yet to Canada seen at Bakkatjorn and Seltjarnarnes.
SHELDUCK– small numbers seen on the estuary at Borgarnes
MALLARD-noted at many sites, no counts made.
GADWALL-seen at Lake Myvatn, often among the Wigeon flock.
PINTAIL-seen on the pools around Nes and Lake Myvatn.
SHOVELER-recorded at Lake Myvatn.
EURASIAN WIGEON– large flocks of hundreds noted at Myvatn and seen at a variety of sites. An aberrant, very pale headed male was noted here.
AMERCIAN WIGEON-two males were among the Wigeon flock along the west shore at Lake Myvatn. 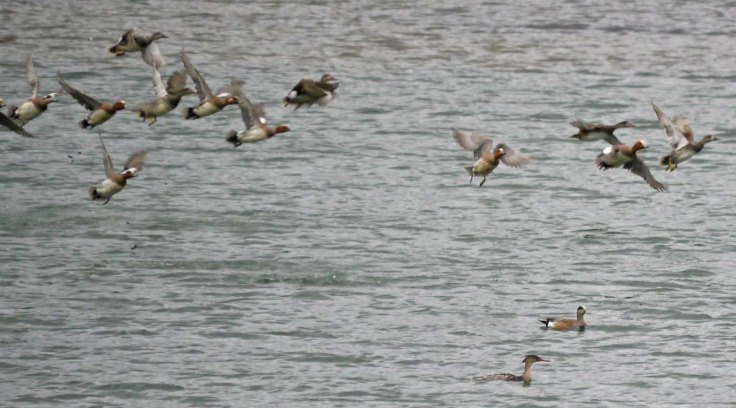 TEAL– seen commonly.
GREATER SCAUP-seen on many pools and lakes, very common especially at Lake Myvatn.
TUFTED DUCK– thousands seen at Lake Myvatn and noted at many sites.
EIDER– common around the coast, thousands noted along the north shore of Snaefellsnes peninsula where we scanned for King Eider. Also noted in large numbers at Akureyri and Seltjarnarnes with many ducklings. 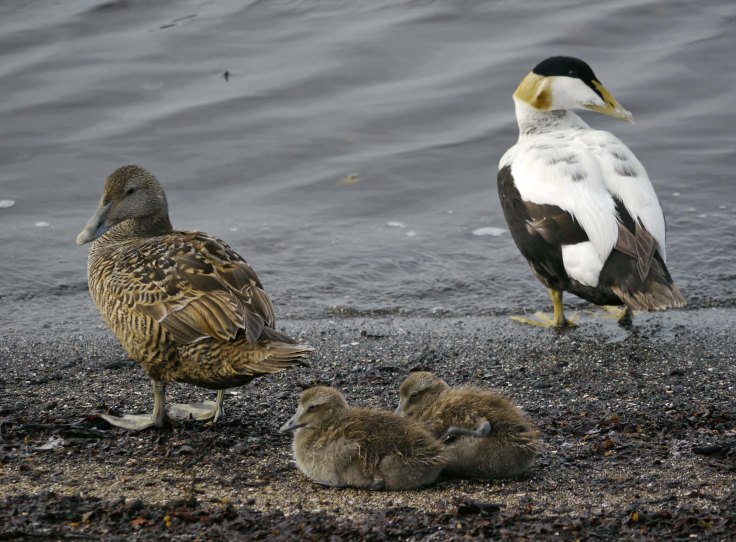 COMMON SCOTER– a dozen or more seen along the west shore of Lake Myvatn.
LONG-TAILED DUCK– seen every day at most wetland sites, some males were still in full non-breeding (winter) plumage, most were in breeding plumage allowing comparison and for you to decide which is your favourite. I have to go with non-breeding.
HARLEQUIN– the target bird for most people and the highlight of the trip too. We had to drive on past the first that were sighted (bad place to park/weather) but special time was set aside to be in the company of this splendid duck in its natural habitat. They were noted from all the streams and rivers around the Myvatn area and the River Laxa. This tough little duck was also seen along the seafront at Akureyri and taking in the violent rapids and falls at Godafoss like it was a millpond. Some of us scoped a male from the outdoor hottub below our accommodation, others watched, the duck that is from their rooms. 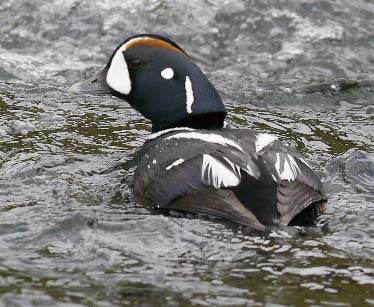 BARROW’S GOLDENEYE– another spectacular duck with its European breeding presence represented in Iceland, we observed them very well on the River Laxa and Lake Myvatn. 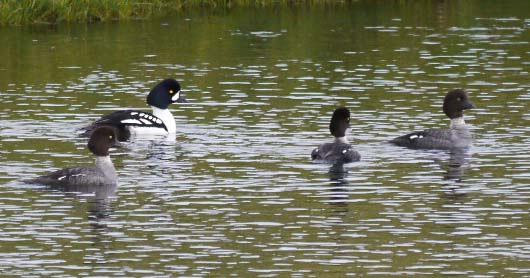 GOOSANDER-a female was seen with two ducklings along River Heradsvotn. It was seen from the bus on a roadside pool. Chris Stone saw a male from the bus on a stream near Dalur (Snaefellsnes).
RED-BREASTED MERGANSER– commonly seen at most sites, all the males ahd begun the eclipse moult so none were in pristine plumage.
ROCK PTARMIGAN– The first was spotted on slopes (Midvikurfjall) above the N1 by Theresa Stone, it was not a good place to stop though. Twenty minutes later she found another in a more convenient place near Godafoss so we walked up to it and got great views. We also watched two males scrapping with the victor showing off atop a rock at the west end of the Snaefellsnes Peninsula. 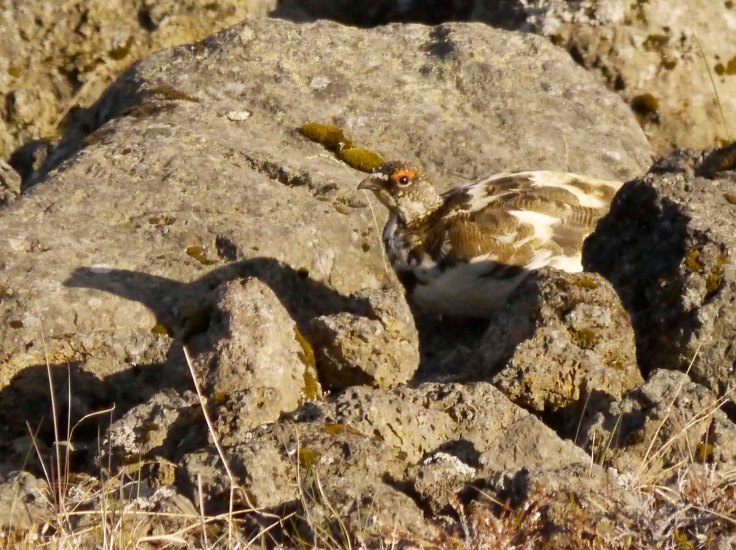 RED-THROATED DIVER– seen on many roadside pools and rivers, notable birds were a close one on the Laxa bridge, a non-breeding plumage bird at Olafsvik, pairs with young on Snaefellsnes from Road 54 and a trio at Rif Pools. 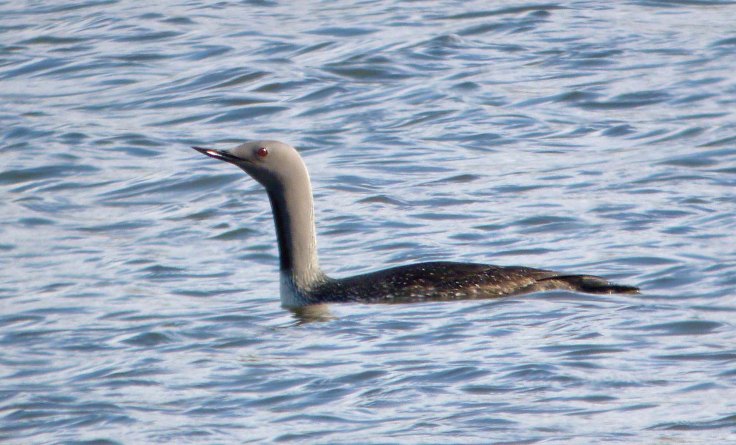 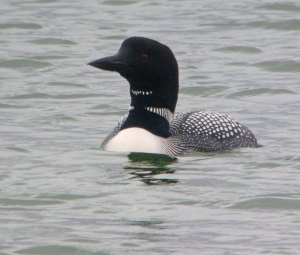 SLAVONIAN GREBE– again seen from many roadside pools but the best views were at Lake Myvatn where it is common. 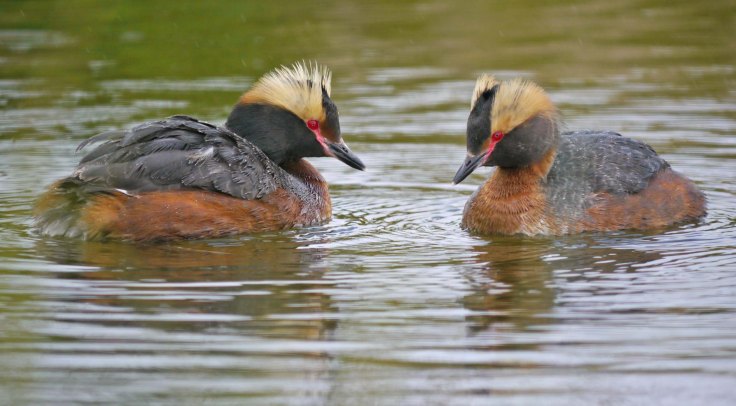 FULMAR-commonly seen whilst travelling around the country on inland breeding cliffs and breeding on coastal cliffs. 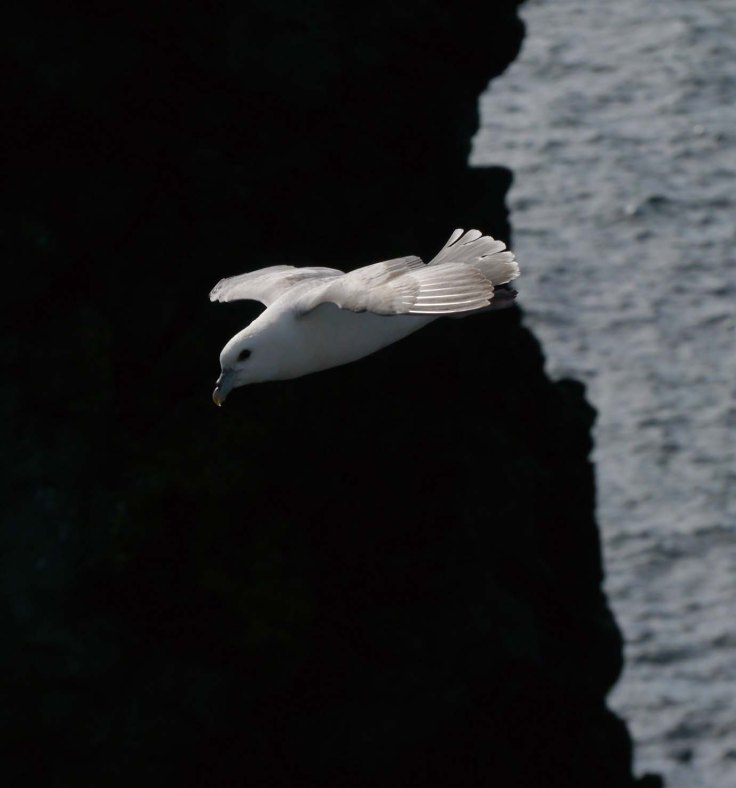 GANNET-seen from the Whale Watch boat and off Hellnar.
CORMORANT-seen around the coast.
WHITE-TAILED EAGLE-an adult seen perched and soaring around the estuary at Borgarnes on 18th.
MERLIN-unbelievably we never connected with this bird as a group, only seen once from the bus by Beryl adjacent to Vatsnhlid.
GYRFALCON-two were seen, excellent views of perched in the valley of Bardardalur on 15th and another perched and mobbing Raven at Lake Myvatn on 16th. 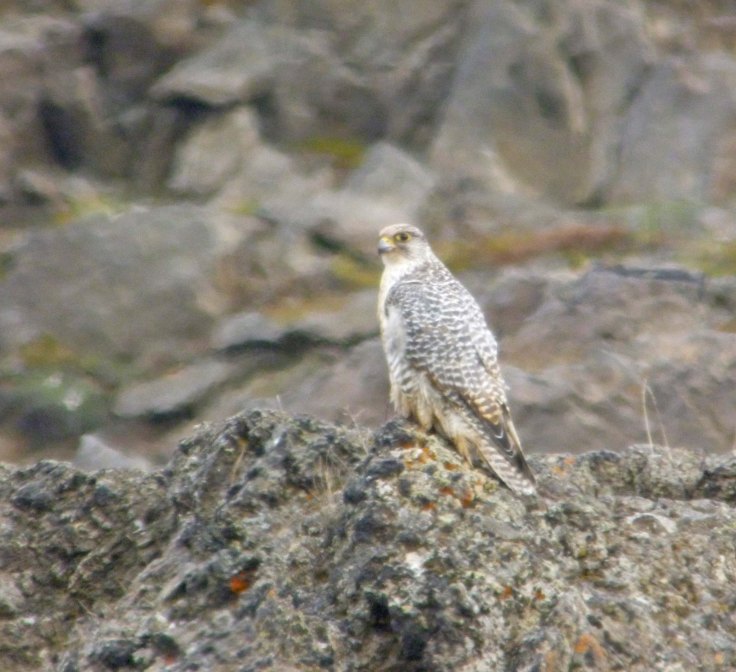 OYSTERCATCHER-noted at several sites.
RINGED PLOVER-noted a few sites, broken winged displays aimed at a dogwalker at Blonduos was notable.
GOLDEN PLOVER-lovely to see them daily in most places or at least hearing them, often feeding in the meadows allowing views next to the roads and breeding on the hills and slopes. Some noted on roundabouts, at the foot of peoples driveways and at Keflavik airport.
RED KNOT– seven were seen on Flatey Island on 17th.
SANDERLING-one at Bakkatjorn, Seltjarnarnes on 14th, a breeding plumaged bird entertained us at Husavik.
PURPLE SANDPIPER-a few seen on Flatey Island, two at Olafsvik and one at Bakkatjorn, all in breeding plumage.
TURNSTONE– noted at Bakkatjorn.
DUNLIN-a common bird, seen in aggressive and competitive flights over the Laxa, at Myatn and small flocks on the flats at Akureyri.
REDSHANK-delightfully common in lowland areas. 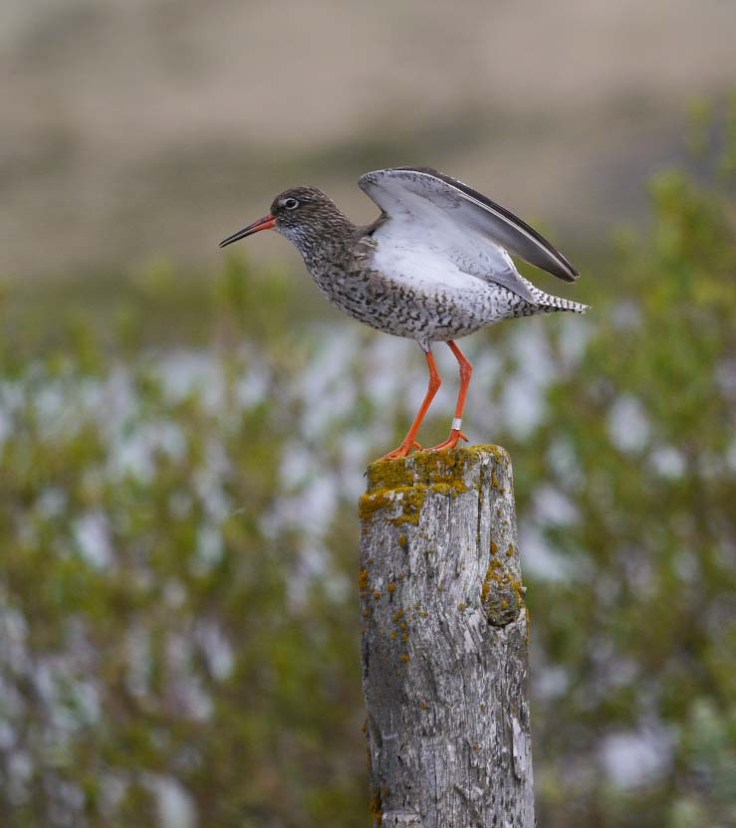 BLACK-TAILED GODWIT– also very common in lowland areas, lots of display flights witnessed.
WHIMBREL– another common wader seen in most areas.
SNIPE-a very common bird in the lowland areas, seen daily in display, a parent led two chicks across the road in front of us a Laugar on 15th. We made sure they got into cover. 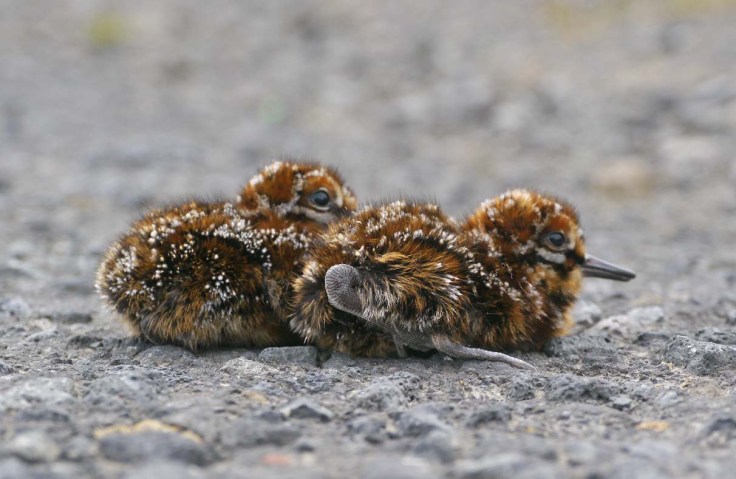 RED (GREY) PHALAROPE– at least two females and one male on Flatey Island on 17th, possibly four individuals in total. The females were squabbling, maybe territorial, we saw a female settle on the nest probably to lay with her and the male spending time on guard or feeding in the grass nearby. They had chose a spot near the Arctic Terns possibly for protection.
RED-NECKED PHALAROPE-seen daily, very common and delightful birds to be with as they are so confiding. 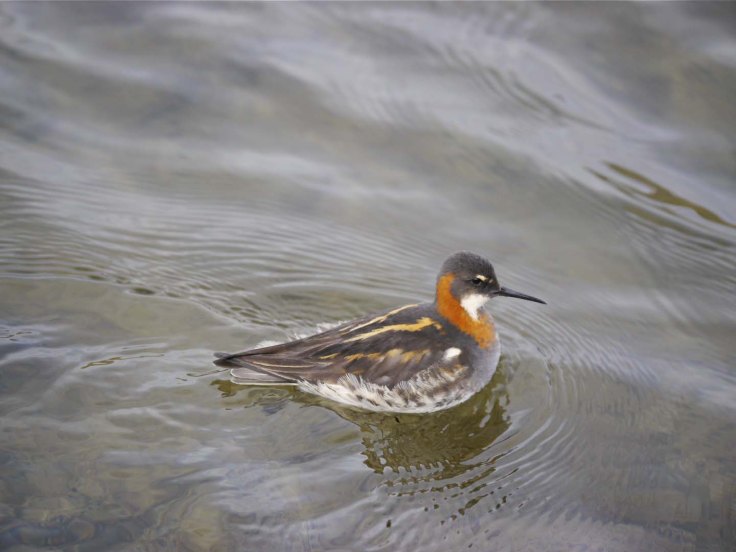 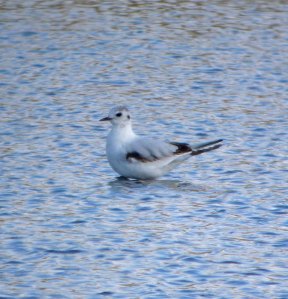 KITTIWAKE– a common bird around the coast, often being chased by Arctic Skuas.
GLAUCOUS GULL– noted at Blonduos, Husavik and Snaefellsnes.
ICELAND GULL– seen at Blonduos and Husavik.
ARCTIC TERN– the ‘Kriaa’ was everywhere. 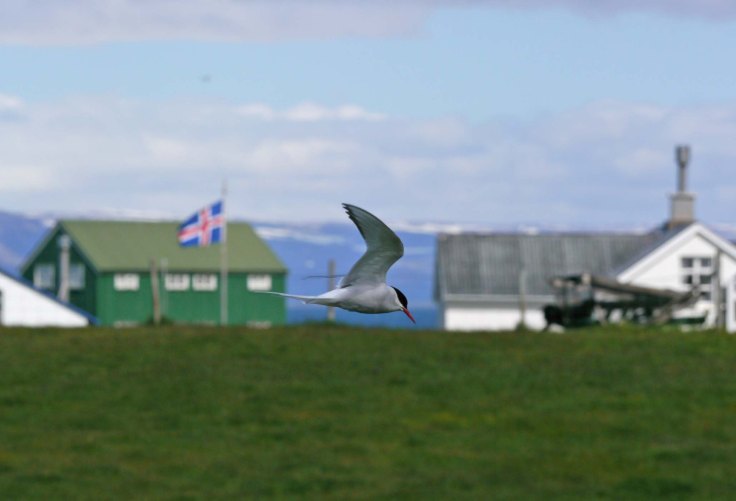 PUFFIN-common around the coast.
BLACK-GUILLEMOT-seen from Blonduos, the Whale trip from Husavik and on Flatey Island and Stykkisholmur. 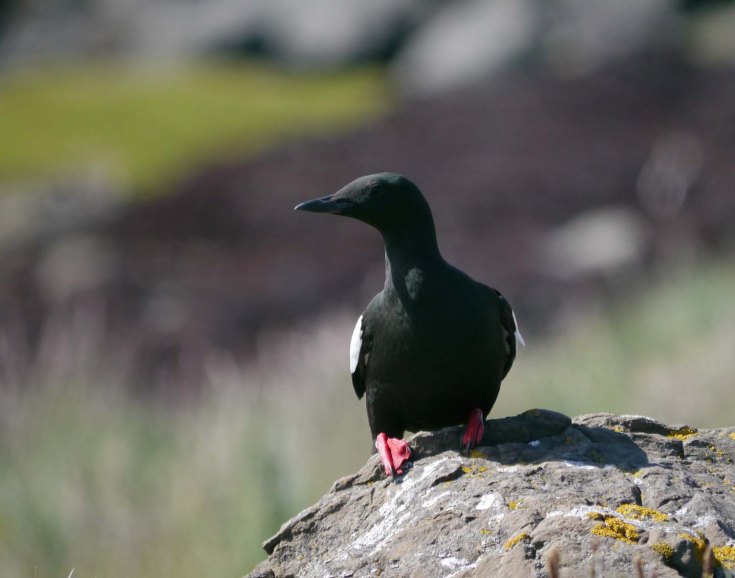 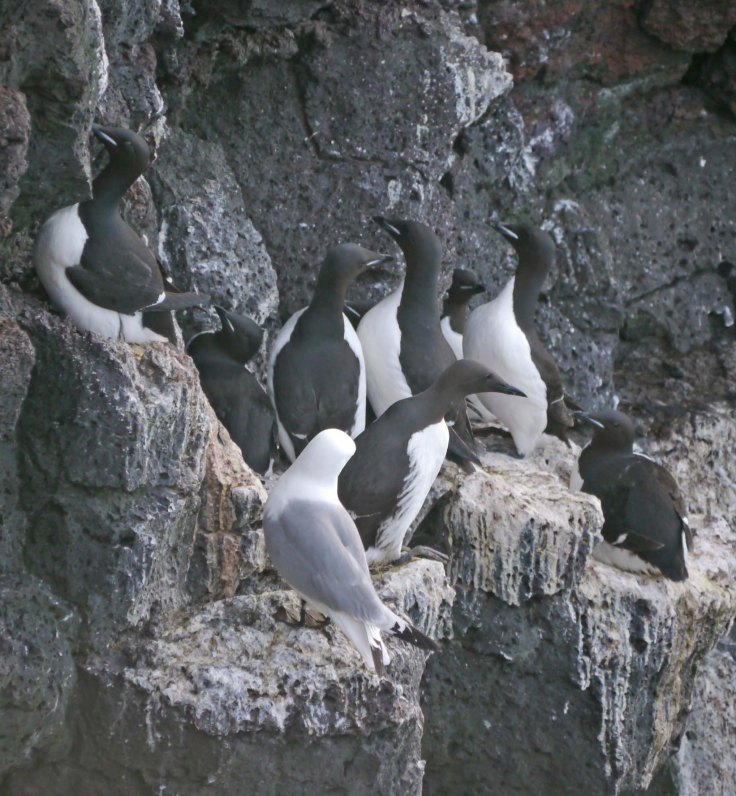 RAZORBILL-seen at Onverdarnes.
SHORT-EARED OWL-singles noted just after leaving the tunnel at Kuludalsa and another during the day en-route to Laugar. One at Laugar in the evening, all on 14th.
MEADOW PIPIT-common.
WHITE WAGTAIL-common
PIED WAGTAIL– I saw one well as I was driving, it was flycatching from on a fence next the road and next to a pool between Langaholt and Glumbaer on the Snaefellsnes peninsula. Despite stopping and reversing back it had flown off toward a farm and could not be refound. Only nine accepted records for Iceland.
WHEATEAR-a total of about 12 birds noted during the visit.
REDWING-a common bird, a few were in song at Laugar and heard at the airport.
WREN– One seen by Roberta.
RAVEN-seen daily.
STARLING– seen around Reykjavik.
COMMON REDPOLL– a few flew over us at Laugar on 16th.
SNOW BUNTING– singing and displaying males on Flatey Island, seen at Rif also.