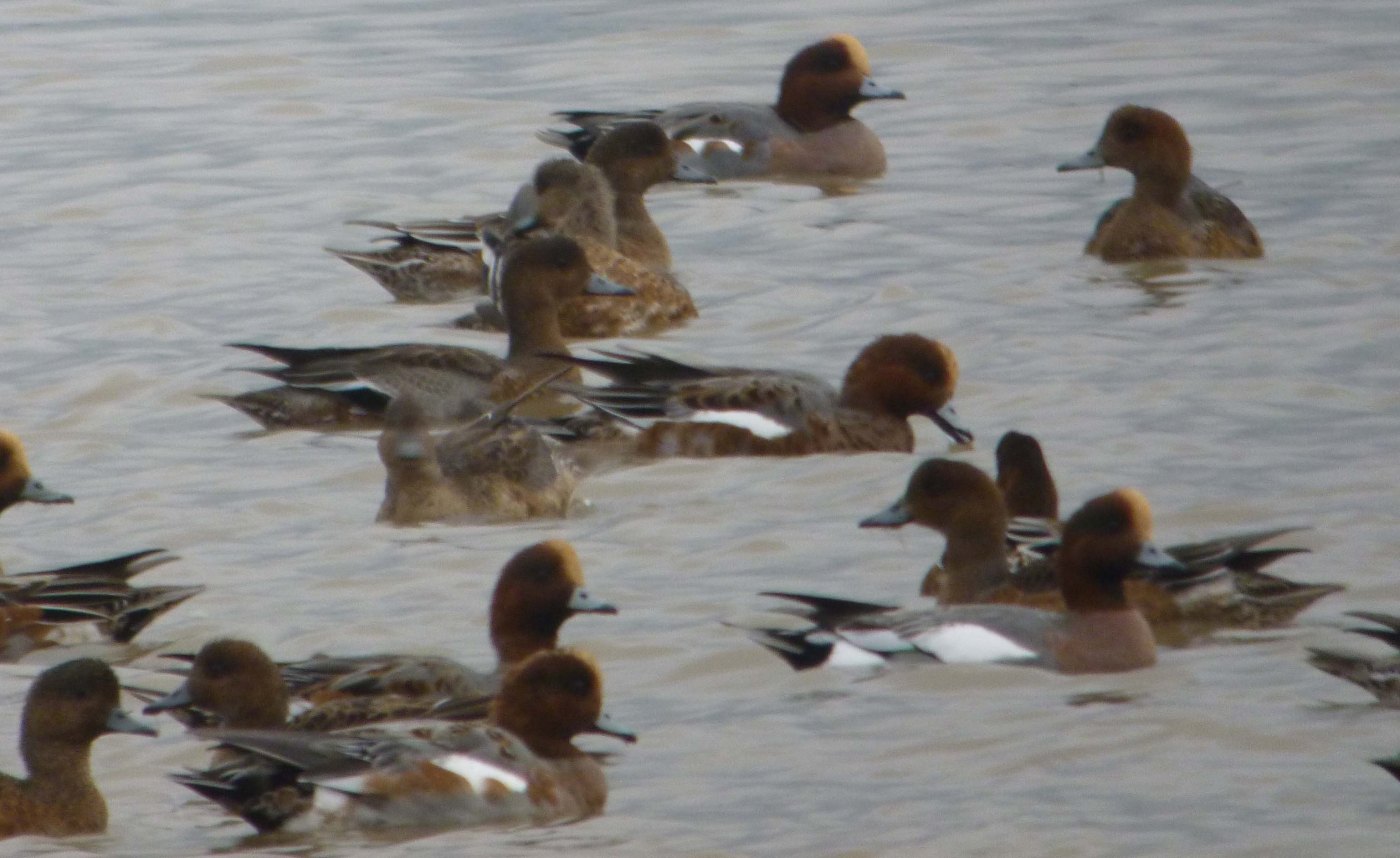 27 October 2012 Back to work at WWT Slimbridge after a couple of weeks off. I led a Birdwatch morning walk with a few highlights, Brent Goose, Siskins and Redpolls in the Alders, first Bewick’s Swans of the winter and up to 11 E White-fronted Geese.

One particularly interesting duck on the Tack Piece led me to try to study it in detail, a female Wigeon showing the features that match an American Wigeon played hide and seek behind clumps of reeds. The usual flushes and panics that re-shuffle the flock meant that I had to refind it among the 600 Wigeon. I managed a couple of views of the underwing with slight lift of the wings it offered but missed a good flap when changing from camera to scope. Here are a few shots of it and I hope to ‘nail’ the underwing tommorow. It could of course turn out to have dusky or peppered axillaries indicating Eurasian and be a write off but from what I have seen so far I feel fairly confident.

Female facing left at the top

From top to bottom, the female in the middle

26 October 2012 A local walk along the canal at Splatt Bridge in the morning produced my first Goldeneye of the winter. Some vis mig was in evidence before the wind got too strong at 1000am. Bramblings, Chaffinches, Skylarks, Meadow Pipits, Fieldfare were all noted heading North.

The Goldenye headed toward Frampton Pools and on checking saw it on Townfield Lake where Nick Goatman had seen one the day before. A record of a female on WWT Slimbridge South Lake in the afternoon may refer to this bird touring or a second individual locally

25 October 2012 A walk out to the Severn Estuary in the afternoon produced a bit of visible migration, a late Wheatear on the rocks and 5 Little Egrets on the mud off Hock Ditch.  A half dozen Pochard on Townfield Lake represented the water loving winter arrivals.

15-19 October 2012 A week off to provide cover at home for family matters and get the garden organised for a bird filled winter? No birding all week! The tripod is still in my bag from last Sunday. A pair of Raven flew over the house ‘cronking’ today and a few Jays are to be seen flitting about the village.

9-14 October 2012 A trip to the Channel Islands. Alderney via Guernsey. See trip report.

7 October 2012 Lots of visible migration over the house this morning including 100 Redwings, Jay, Redpoll, 3 Swallow and a Yellowhammer.

6 October 2012 Managed to bag a rarity today in the sunshine, no not Eastern Kingbird but a win at home Bristol Rovers 3-1 against Northampton.

4 October 2012 Another Thursday morning hide round at WWT Slimbridge resulted in the discovery on my 5th and 6th American waders of the autumn. A Pectoral Sandpiper flew in from the NE and dropped onto the saltmarsh of the Severn, Ten minutes later and having been joined by John Budd we watched two waders fly from the same area to join a Lapwing flock, it was the Pectoral and a new Buff-breasted Sandpiper. The previous bird was last seen 22nd September and there has been a lot of turnover of migrant waders since then, this year has been excellent for American vagrants as westerly winds have prevailed.

Buff-breasted Sandpiper flies over to the North
This bird was silent as some guides suggest, the previous bird called all the time, a double call that was unusual, a bit like Turnstone, shrill-ish. 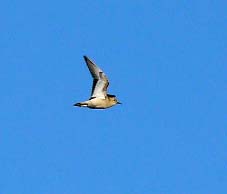 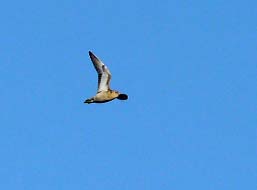 A rather strange sight on the Severn, two Black Swans migrate north. Perhaps not fresh in from Australia. 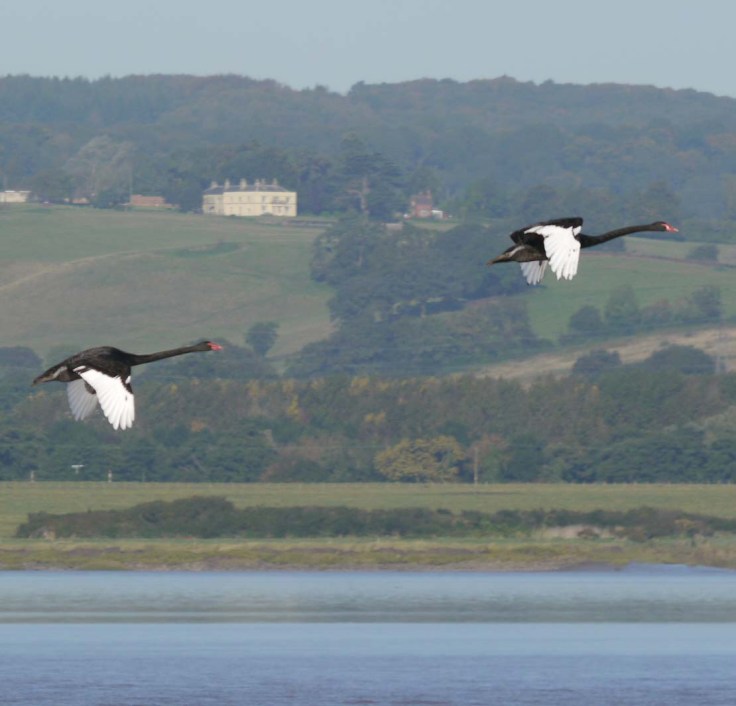 Dunlin and Ringed Plover over the Severn