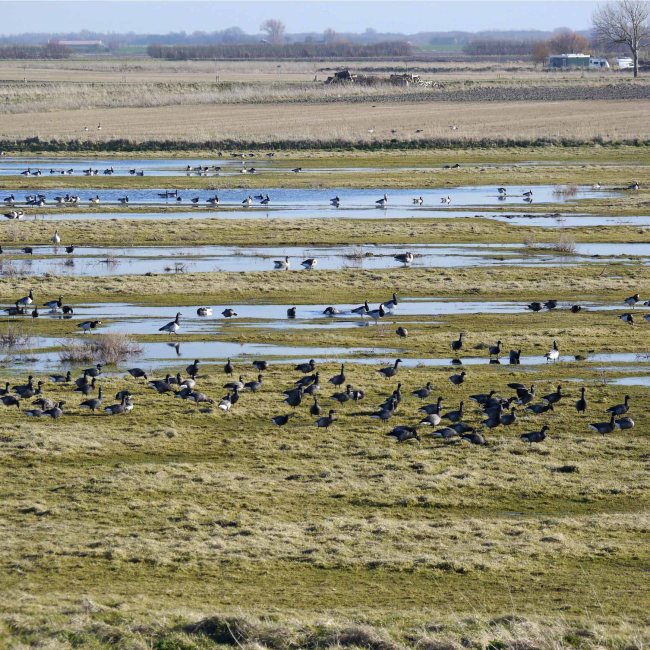 25 February 2015
I could try but would struggle to be positive about the weather on the day of our departure, a wet and grey day heralded the start of our travels, the spray and traffic around London making things a little more unpleasant than we had liked. Despite the traffic we all arrived at Folkestone for the Channel Tunnel crossing on time and parked up for the ride over to Calais. It was soon time to make our way to our first birding destination. The weather was still poor but we decided to gamble on the favourable forecast and try our luck for the wintering Wallcreeper in Dinant.

Once again traffic at the Belgian border held us up, the cloud and drizzle refused to lift as we arrived on the River Meuse in the charming town of Dinant, our priority was to scan the citadelle, the church and any sections of limestone cliff and buildings for the outrageous visitor. It continued to rain until dusk so we failed to find the Wallcreeper, the chance to have a coffee and chat in the local Leffe Bar was taken before we headed via Brussels to the Netherlands.

We eventually arrived and checked in to our comfortable accommodation near Renesse (Resort Land and Zee) which was situated behind the coastal dunes on one of the Zeeland Islands known as Schouwen. Arriving in the dark we were unable to take in the scale of the dams that formed our route across to the islands. Some of the group opted for a meal and a few drinks others plumped for an early night.

Up at the earliest opportunity for a substantial breakfast and we were soon on the lanes heading out to goose country, it wasn’t long before were located a large flock of very close Barnacle and Greylag Geese and parked up to enjoy them. The surrounding wetlands held a variety of wintering wildfowl and waders, it was interesting to see that large areas in Duiveland were left or restored for wildlife, this was noted in many other parts of Zeeland. A scanning stop using the car as a hide was made on the Grevelingendam. A flock of Dark-bellied Brent grazed the car park grass, a thousand more fed on the tide line. Mergansers were feeding further out and a few grebes were noted. Slavonian were in various stages of moult to confuse things and some hide and seek Little Grebe were also present.

Our main destination for the day was the Hoeske Waard near Strijen and we were not dissapointed. Driving slowly along the many tracks that criss cross the area allowed some close goose watching, Barnacle Geese and European White-fronted  Geese were found in dozens of flocks in some cases numbering thousands. A Tundra Bean Goose was located close to the road amongst one flock of ‘fronts’. The support car located a few Smew on one of the ditches and the first couple of interesting goose hybrids was seen on the polders among the dense grazing flocks.

The rest of the morning was spent cruising, scanning, stopping and enjoying the birds from the car or if outside, behind it. For a lunchtime stop we headed to a bar in Strijen which offered a decent toasted sandwich and soup as well as a coffee, it was pleasant stop as we chatted to the friendly guy who was working there.

The afternoon saw us resume the exploration of the local polders and the careful searching of the goose flocks. Despite a small number of Lesser White-fronted Geese being seen in the area previously we could not find any in the birds we checked. Plenty of other species were seen during the day including Green and Great-spotted Woodpecker that were located in the orchard gardens of the dike banks. Hoping to end the day at another site we moved on to the mainland of Nord Brabant and made a short stop at Willemstad harbour. The WW2 bunkers and defences were prevalent at this spot as were the huge barges shipping cargo out in the channels. Red-breasted Merganser and Little and Great Crested Grebes were inshore, the weather had been windy and overcast but we had remained dry for much of the day. A sheltered pond nearby held a colony of Cormorant and Grey Heron, both species were present on their nest sites. We made our way to a nature reserve which held a variety of birds including a mega flock of thousands of Barnacle Geese on the adjacent farmland. The hide was a WW2 bunker which bridge the gap between wildlife and history. This devastating conflict had a huge impact on humans but in some cases created habitat for birds back home. The light was fading and the weather changed to a heavy shower as we scanned the flock, a Cackling Canada Goose was spotted as well as a couple of hybrids. We were beaten by the sunset and had to end the birding for the day.

A brighter day with sunshine greeted us but the strong wind continued, a short drive away across the Brouwersdam to our first stop of the day, this was a small harbour/breakwater and the tide was high. We scoped the surf from the shelter of the car, the sea was very busy with c 30 Red-throated Diver, two drake Eider and numbers of Great Crested Grebe on show. The breakwater provided a steadier spot for a local rarity, a Black Guillemot bobbed about among the Red-breasted Mergansers, the auk even climbed out on the rocks to show off its crimson feet. A small number of Slavonian Grebes were also noted as well as a pair of Goldeneye.

To cap of the great birding here a flock of roosting Oystercatcher were joined by a flock of Sanderling, a single Grey Plover completed the roost.

Heading North across Goeree and into the Westvoorne area we saw plenty of goose flocks along the way. We stopped in the woods with all but me, the driver, taking a stroll along the quiet roads back to the museum (Bezoekerscentrum Tenellaplas) to search for a flock of Waxwings. The pond held a few duck but the mistletoe clad trees were quiet. The Waxwings were located by dutch folk on the far side of the pond but flew off before we got there. A flock of Siskins sang and dropped down to the ditches in ones and two to drink.

Our next stop was nearby at Maasvlakte, this vast port area boasts huge sea defences to protect the land that has been claimed from the sea. We scanned the harbours picking up more grebes and mergansers. A large sandy area of fenced off weed strewn habitat was alive with life, the abundant prey had clearly attracted the raptors. We spent over an hour here and noted Sparrowhawk, 5+ Kestrel, a female Merlin, Common Buzzard and Rough-legged Buzzard, memorably the latter birds in  conflict allowing a great comparison. Another short drive away was the Slufter, a large lagoon seemingly used to house the results of dock dredging.  It was full of birds with Smew being the most notable.

We stopped at a service station along the main port canal not too far from Rotterdam for lunch and a brew, those dining inside ended up  striking up a conversation (in English) with a chap that ran a duck decoy. After refuelling we retraced our previous route tried our luck at a few different spots on the way back, the result was basically logging more wildfowl (a flock of Mute and Whooper Swan spotted in one field) . A longer drive back to the northern part of Duiveland  resulted and on arrival we followed the dike top road (Den Osse) stopping at a couple of harbours (Scharendijke and Brouwershaven) along the way. One stop was very rewarding due to the stunning light on the birds, flocks of Brent and Barnacle fed below us on the floods. Looking out with scopes over the horse grazed islands of the Grevelingenmeer, it was clear they were a haven for birds, a fishing boat arrived to unload its catch and a local character with a can of refreshment came to see what we were up to.

Following the roads back out to the Grevelingendam we crossed Overflakkee and returned to catch the birds coming in to roost at the reserve we visited the day before. The mega Barnacle Goose flock was still present with a small Canada seen in flight and couple of Barnacle x Canada Goose hybrids. A Peregrine was out on the marshes as well as Black-tailed Godwit and Curlew. White-fronted Geese began to arrive to roost as it got dark, we stayed until the light had gone ending a busy but satisfying day. In the evening the hotel restaurant once again did us proud, a relaxed atmosphere witnessed a few bottles of wine disappearing amongst the chatter.

A later departure time followed  yet another good breakfast, it was time to begin our journey back to England. We headed south toward Middleburg and the stopped at various sites along the Versemeer, a huge movement of geese inland was in evidence so despite being time limited we tried to locate the masses, sadly we could not find the birds on our route, next day I found out that a Red-breasted Goose was in the very area we passed through. If only we had a bit more time.

Checking timings we had one more stop on the cards before boarding the Channel Tunnel  train back to blighty. Before this  I took a magical mystery tour via the Westersheldetunel. Leaving Zeeland (Beveland) behind we followed the canals into Belgium and we eventually arrived in Ghent, to be precise,  Wondelgem. A small wetland sandwiched between railway/houses and the highway was worth visiting for the passerines that were wintering there.

A small flock of Penduline Tit were soon located, these birds were delightfully confiding and extremely busy as the sought out grubs in the reedmace heads. We all had intimate views and heard the distinctive calls, we also got showered in the clouds of reedmace seeds that these little birds had set free. I was fortunate enough to experience the same behaviour as recent as  November 2014 when I the first for Glos dropped out of the sky in front of me.

A Common Chifchaff was notable but even better was the Siberian Chiffchaff that Ian had located near the Penduline Tits. A brilliant stop with classy birds but we had to move on, driving through the Belgian polders evoked thoughts of goose watching in future, many of the birds that had wintered here had moved North already. At Calais we had time to stop at a supermarket before boarding the train and making landfall in Kent. The drive back was straightforward with nothing more eventful than Ring-necked Parakeets and Red Kites thus ending our trip. 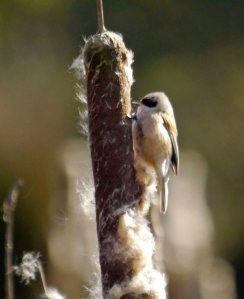