This day trip was the result of a change of plan, the night before departing. I had been keeping a close eye on the forecasts and migration news all week so with this in mind and knowing everyone had agreed to heading for ‘hot’ spots, it was great to have the luxury of flexibility. 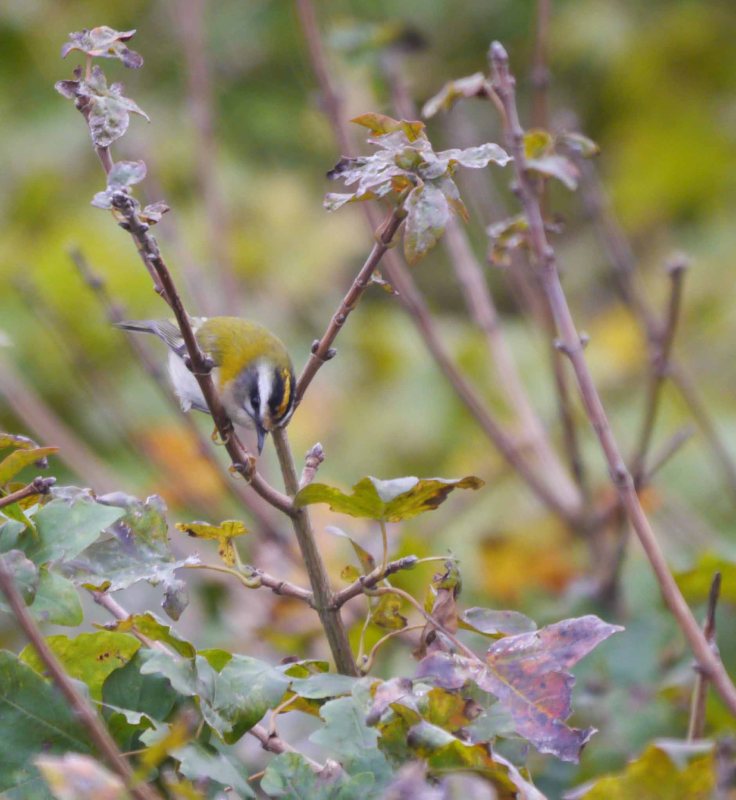 2017 has been kind to Dorset, the county has been having a great autumn, a large variety of interesting migrants have been seen and this week was no exception. News of a little gem, a Two barred (Greenish) Warbler and weather conditions that could bring in more birds made Dorset a decent option.

Four of us left at 0630am with nothing too much to worry about traffic wise, on reaching Weymouth I decided to stop for a comfort/hot drink break before starting our birding but noticed a strange noise from my car. Pulling into Morrison’s (other supermarkets are available) to park up I found that I had picked up a large nail on my front tyre, it was flat.

Coffee and loos were the next priority then I set about changing the flat only to find a problem with the locking wheel nut, I had no option but to call out my breakdown service. Fortunately as we were adjacent to Lodmoor RSPB I suggested that my keen company walked the paths across the wetland reserve to start the day’s birding.

Back at the car I was towed to a nearby garage and was back on the road after an hour or so meeting up with everyone and began looking for birds. They’d already had the Marsh Harrier and a pair of Raven as well as a number of other bird species. We focussed on the waders and a showy Kingfisher from the shelter. Redshank, Black-tailed Godwits, Dunlin, 40+ Snipe and three Little Stints were all watched, a smart Water Pipit joined the Meadow Pipits, the former giving great views.

Walking to the west side of Lodmoor we watched two very close juvenile Ruff and a variety of wildfowl, an adult Mediterranean Gull was welcome but our target bird gave itself up easily, a juvenile Lesser Yellowlegs fed along the back of the pool stopping to preen. The legs really stood out on this misty, dull morning.

Moving on we headed up to Broadcroft Quarry on Portland, our first bird was a migrant male Hawfinch, it was great to get on the invasion of this species to the UK this autumn albeit just the one. Checking the sycamores and scrub we saw Blackcaps, Goldcrests and Chiffchaff, one clump of trees held a Red-breasted Flycatcher which showed very well indeed as it flicked about in the canopy. A Robin chased it on a few occasions, another good autumn bird under our belts for the day. 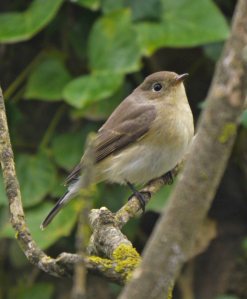 We moved on to Purbeck heading staight for St Aldhelm’s Head to look over the little quarry that was still being worked. Scanning the trees we had great views of up to five handsome Firecrests, another species that had arrived in huge numbers in the preceding days. A few Chiffchaff were also noted until we got views of the Two-barred (Greenish) Warbler. Giving it a bit more time we all got good views of this rare bird when the sun brightened things up bringing the birds into the open. 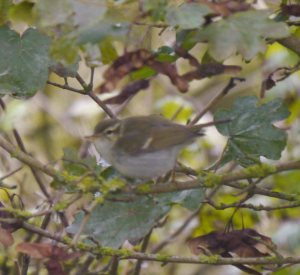 Other species noted in the vicinity were Yellowhammers, Stonechats and a variety of commoner passerines but the light was fading so we called it day and headed home. A good day out.

Thank you to Roberta, Bettie and Dot for joining me, it was good to get a ‘lifer’