I’ve actually landed at Madrid’s Barajas airport on many occasions but was always Extremedura bound.  Soon after collecting a car or minibus I was out on the road and skirting around the city on the way to the famed birding destination or returning via the scenic Sierra de Guadarrama on the way back. Madrid was a long overdue visit so my wife and I booked a weekend trip. We used public transport and walked many miles about the city and parks. Tired legs and aching feet needed regular intakes of ‘fuel’, the tapas culture is a great excuse to stop for a while to replenish your energy levels. The food didn’t disappoint, we carefully searched out suitable venues and menus which was all part of the fun. We visited some of the historical sites including the Museo del Prado. The urban environment offers wildlife experiences, there’s no way I would ignore any creatures or birds that might show up.

After having a nose at the huge Atocha station with it’s indoor tropical garden we had breakfast, the first Black Redstart (a male) of the trip was hopping about outside the station entrance and confiding Magpies were numerous, they are everywhere. Interesting to see other nationalities photographing them with their smart phones. Visiting other sites along the way we walked through the city and stopped at a small garden, Jardin del Principe del Anglona. The berry trees on the roadsides attracted squabbling Blackcaps and Blackbirds and in the garden, a singing Serin.  With more sightseeing we found ourselves in the Parque de Oeste only to find the cable car was closed for repairs. It wan’t a problem, we walked on to the destination of Casa de Campo, a large area of heath land park west of the river, once a former royal hunting ground.

Among the first birds noted at the park were Chiffchaff and Great and Blue Tits, it was impossible to ignore the introduced Monk Parakeets that fly noisily over the streets of the city and gather in the parks. They demand attention and if nothing else are fun to watch but may have a negative ecological impact. A party of c20 Tree Sparrows and Great spotted Woodpecker were also noted, a visit to the lake found it completely drained, I scanned the puddles and mud in hope of waders but only Black-headed Gulls were present.

Sitting outside a cafe we had the parakeets for company whilst we enjoyed the mild weather and a coffee. Moving further into the park more Black Redstart on the south facing slope plus Robin and Stock Doves. A few Iberian Green Woodpeckers were hopping about and allowed close approach as did couple of Short-toed Treecreeper. We walked through the park as the sun came out, more Chiffchaff and a few Chaffinches were along the stream as we made our way toward the Metro station. If you’re using public transport and short of time, this is the wildest of the parks and well worth a visit, hop of at Lago Metro station and do a loop of the park, apparently not the place be after sunset though. 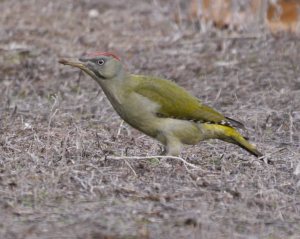 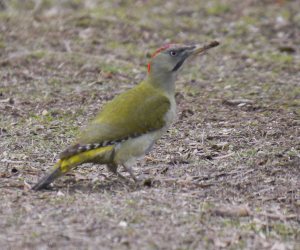 We stopped to enjoy a smart Hoopoe near the station for a time then boarded the train heading back into the city for museums and a sunset drink in Plaza de Santa Ana , a good night out in the city followed.

Hoopoe Upupa epops (south side of the Casa de Campo) 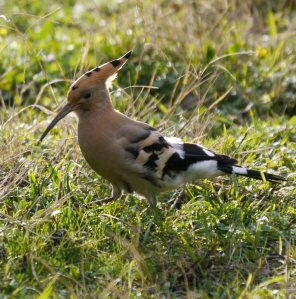 The Jardin Botanico was opposite our hotel, breakfast was taken at an adjacent cafe and we sat outside in the sun, welcome blue skies and warm temperatures with a few Stock Doves, screechy parakeets and other folks for company. Having pre-booked tickets for the Prado it was going to feature at some point but the weather was so pleasant this ended up be the only part of the day that we spent indoors. A great walk through the Retiro park added a party of eight White Storks as they flew through low heading north. I heard Iberian Green Woodpecker call and noted a few more Short-toed Treecreeper and a few Mallards on the ponds, two Black Swans were not of wild origin. A Red Squirrel bounded across to spend time licking sap from a tree. 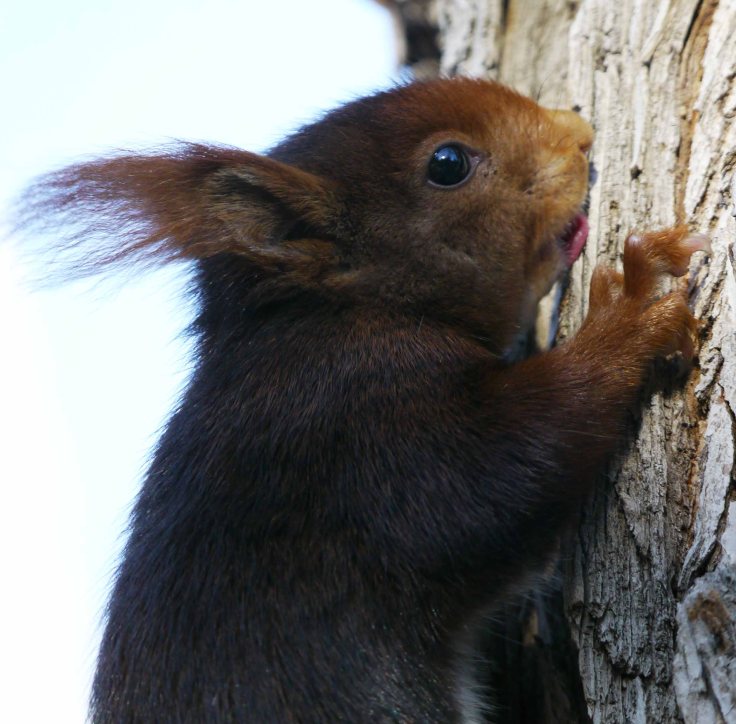 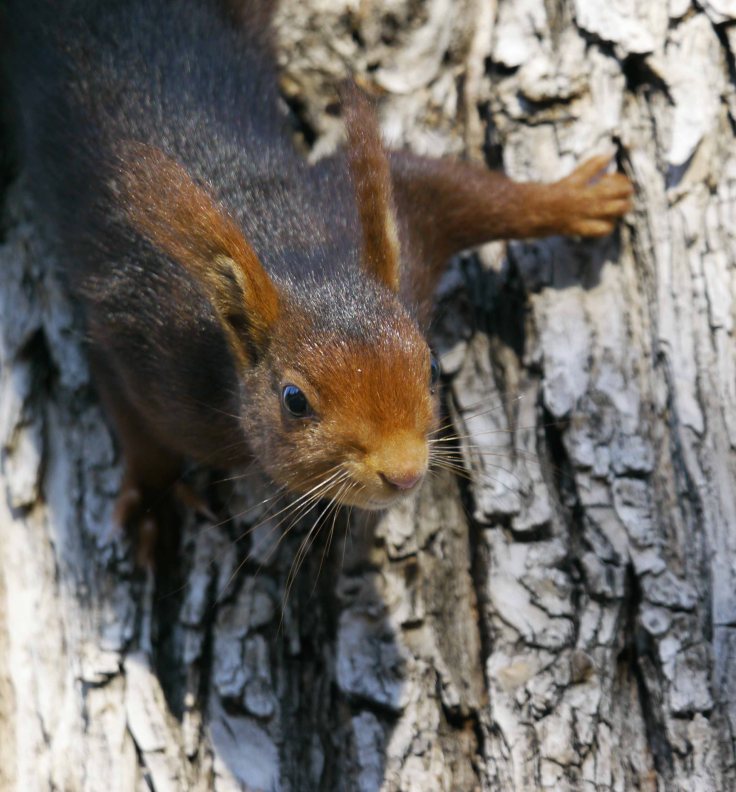 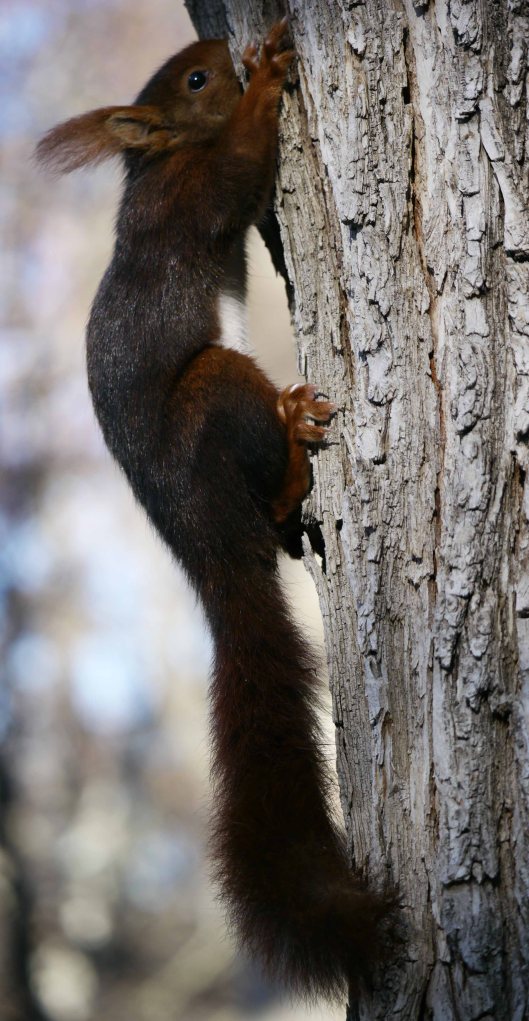 Our wandering took us back to the city centre for lunch in the sun drenched Plaza Santa Ana where another large flock of White Stork circled overhead. The park lured us back for the afternoon, it was glorious and the warm 19-20c temps made it feel like a spring day, just what we needed to see out the day and wrap up my birding opportunities for the weekend.

If visiting Madrid I’m sure it possible to record a large number of species, the nearby Sierra is super, a car hired for the day with add numerous species to a visit. Further research may reveal this trip is possible with public transport, worth a punt if you’ve got time. Martin. 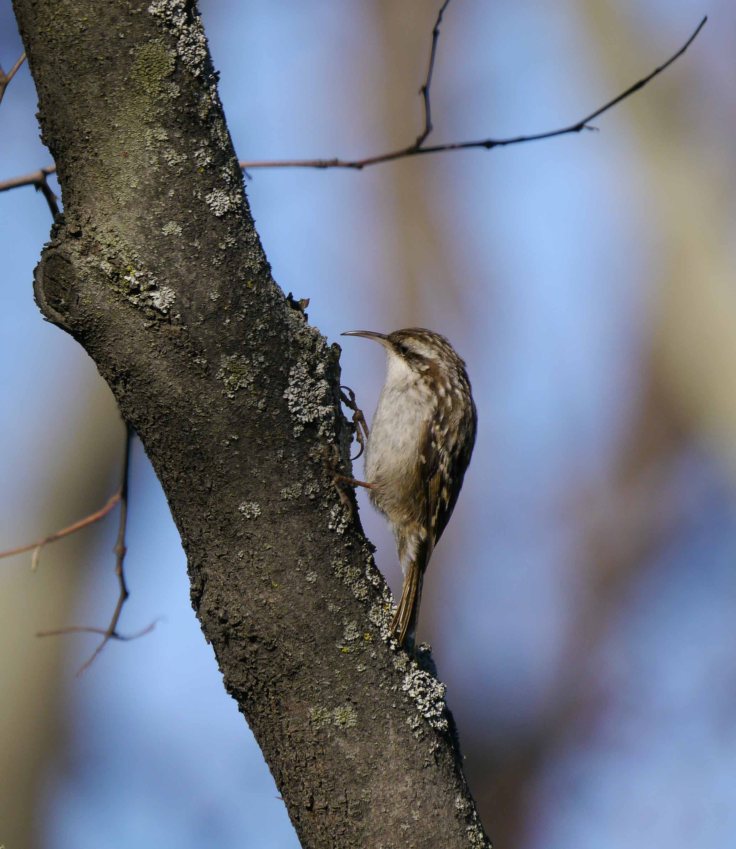 Spotless Starling, a few were seen and heard singing about the city and parks. 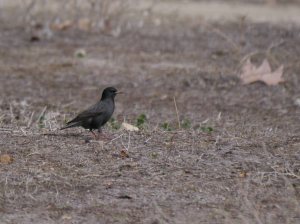