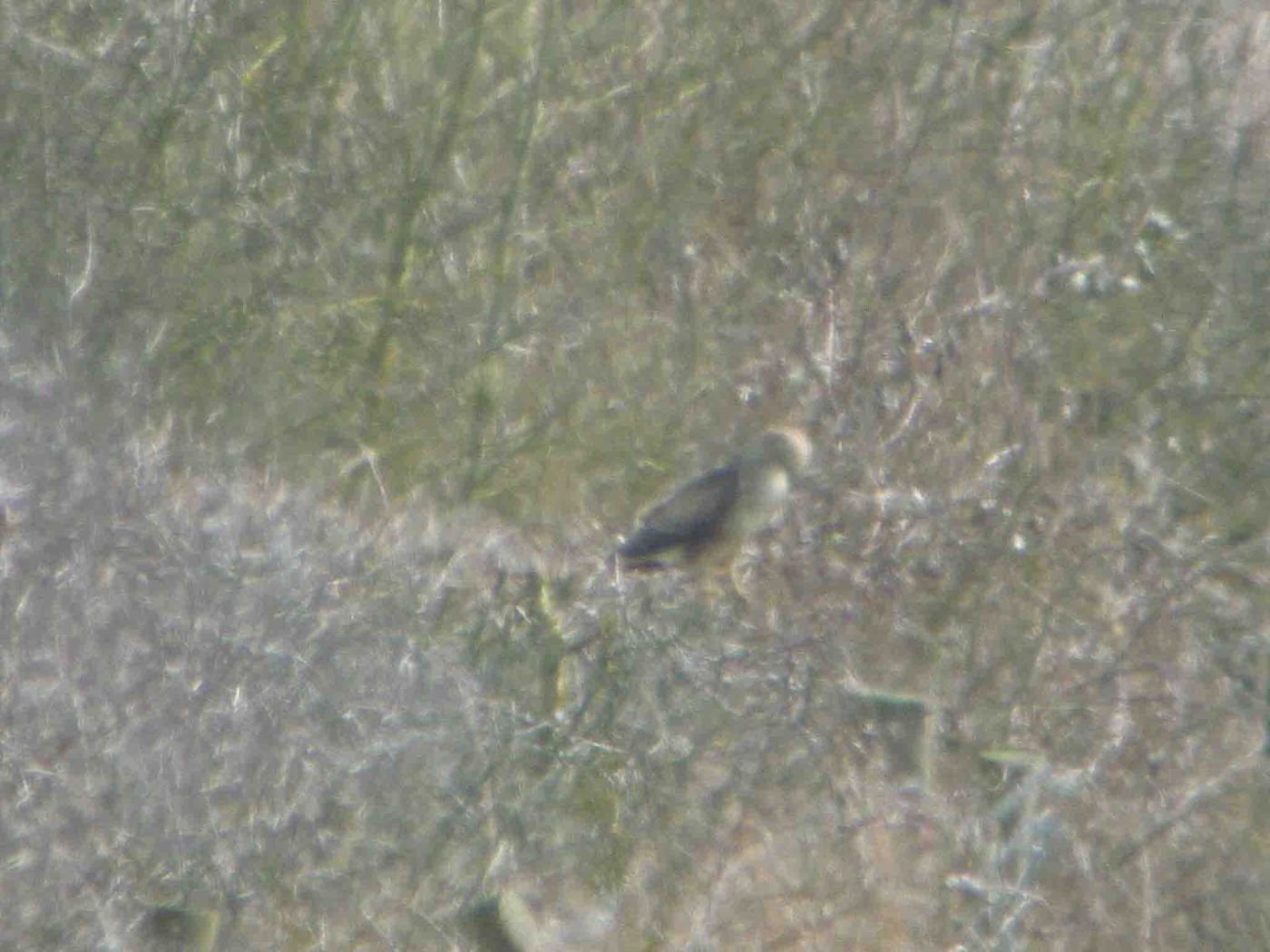 31 March 2010 Some images from last weekend including the Buuzard which shows characters of Long-legged Buzzard. 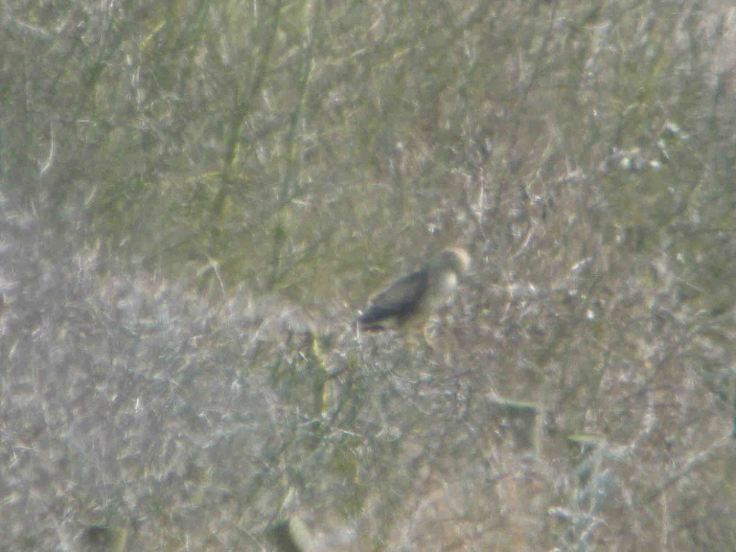 30 March 2010 My first House Martin (in the UK) of the year from the Holden Tower, WWT along with lots of Swallows today, see WWT site for more sightings from me including the Great White Egret again this afternoon.

The Little Egrets are returning to my area..got to get the nest sites out! 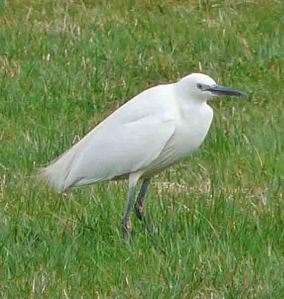 A Jackdaw I saw outside my home this evening, it shows a whitish collar not of the soemmrringii type I see in Finland but an intergrade called monedula (Scandinavian) or a monedula x spermologus (UK version) intergrade. 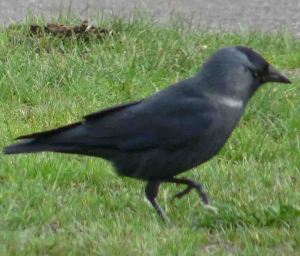 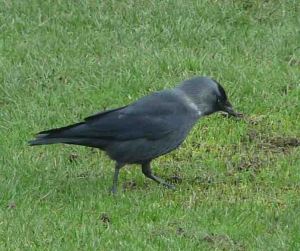 24-28 March 2010 Back at WWT I was too busy 24 and 25th for birding but a Swallow was of note on the latter date. I saw 50 Sand Martin and c10 Swallow on the way home at Frampton Townfield Lake. On 28th at WWT I caught up with the French Great White Egret in the 100 Acre, 50 Acre, South Lake and Bottom New Piece as it hopped it’s way South. Mike King tipped me off as it was seen at Saul Warth earlier that morning. On the estuary a dead Harbour Porpoise was stranded on the sands and nearby a Merlin dashed in front of me in the 50 Acre. At 1255 I spotted a Buzzard sp on the 100 Acre/50 Acre hedge which immediately ‘spoke’ to me as being very reminiscent of Long-legged, a species I have seen plenty of and all week in Morocco. Very warm tones against cream stood out. I took some mental notes and shaky digiscoped images as I hung out of the Landrover. When repositioning to get a better view by heading S away from it (it had dropped down onto the ground) it flew off low North which I missed but was seen by my Spanish Volunteer, Pau. Either I am burnt out tired and seeing things or this was a very unusual bird, it’s legs were very long, perching easily on the thorny hedge and appeared to extend well past its red  ‘trousers’ like a Marsh Harrier. It was pale headed and breasted with large reddish chestnut patches on the thighs lightly meeting in the middle and rufous on the uppertail. I noted at least 6 Common Buzzard around the immediate area and none looked anything like this bird. 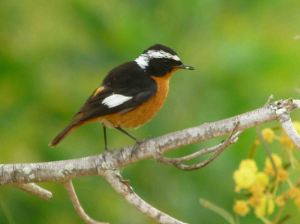 A week in Morocco touring the country was a wise move, more to follow when I get time with a full trip report.

15 March 2010 No real surprises at WWT today but JSL and I had a Water Pipit over where we were working and he saw the Bittern in the open field of the 100 Acre at 3.45pm. This bird has been seen in the fields a few times in the last week or so perhaps looking for voles. I thought it would have departed by now with ideal migration conditions. At least 9 Bewick’s Swans remained today.

Merlin 1st summer male?
I often see Merlin in transitional moult in March at WWT with presumed young males showing 50/50 blue/grey feathers and retained juvenile worn feathers. This bird is much less advanced than what I usually see but may well moult rapidly at this time of year. The end of March and first week of April is the best time of the year to catch up with this dashing little falcon in my area. 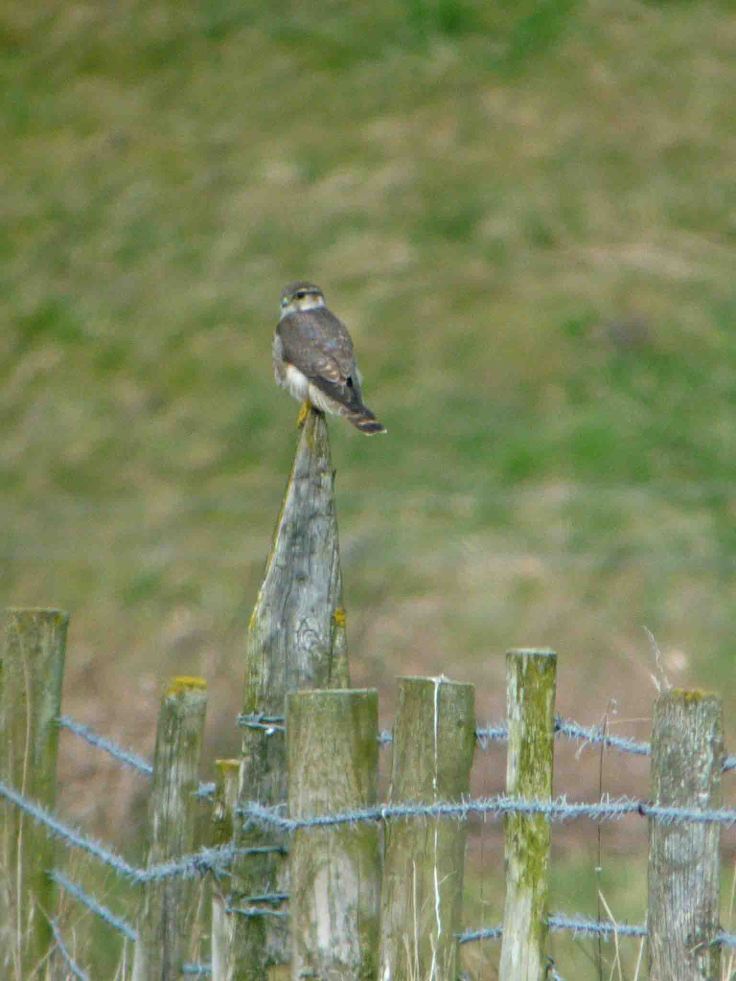 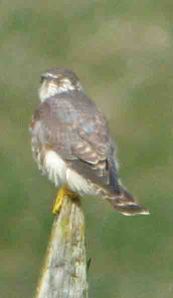 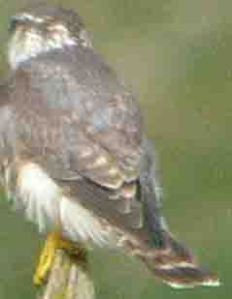 14 March 2010 A WeBS count a WWT occupied part of my morning and produced the expected drop in numbers. The Greenland White-fronts and Pink-footed Goose remained. Best bird was a Merlin in the 100 Acre which appears to be a first summer male.  I saw a Little Egret over the A38 on the way home.

12 March 2010 Had a good look around Frampton on Severn for Sand Martins this morning but found none. Good to see c10 Redshank around the foreshore floods and 5 Dunlin and a good selection of Duck. Nick Goatman reported 60 Bewick’s Swans over Frampton heading N at 0630, WWT is missing 60 Bewick’s this morning and 55 were seen heading over a site in Norfolk at 1030 this morning! Shame I was asleep then as they would have gone right over my house.

11 March 2010 Rather quieter at WWT as winter birds leave but birds of the week made an appearance for me. JSL and I went to the southern fields of the reserve to collect some sheep netting, it was needed to continue with a major job we have on in the north of the reserve. I walked through the marsh to get the wire and heard two geese flying behind the hedge of the Top New Piece, I had no binocular on me but I called them as Greenland White-fronts and sure enough when they appeared in view of JSL’s bins he confirmed their id and followed them in flight to the Tack Piece. We finished up a few little jobs and made our way to the Stephen Kirk hide, there they were in full view with 110 E. White-fronted Geese and the Pink-footed Goose. Great birds, longer legs, neck, wings, taller, lankier all round with very dark plumage, almost blackish, heavy belly bars and larger white frontal shields. Great birds especially among the Russian cousins. No need for me to mention the most obvious feature which is an orange bill rather than pink.

Been very busy felling, clearing scrub, fallen timber, stripping out fences and putting in 250 posts to create a new fence to improve and enhance our wetlands. Hope to finish this work by the end of March. Lapwing displaying behind. 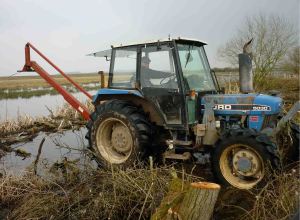 Highlights this week are shown by my images, a cold but very sunny week with birds passing through and some winter favourites having to hang on as the wind has been coming from the east.

The first Little-ringed Plover (LRP) of the year on S. Lake.

Jack Snipe,  Top New Piece WWT
Panasonic Lumix DMC F7 (purchased from In Focus) and Swarovksi HD 20-60X65
I saw two very close to where I was mowing, one was in the Top New Piece, the other in the Bottom New Piece, the first I watched, photographed and left to carry on it’s business, the second I showed to JSL, it did fly a short distance and landed nearby in full view. The bobbing action and stealth behaviour was seen with both, they lie down motionless until they feel unthreatened then stalk along bobbing and swaying. The camouflage and colours are remarkable. 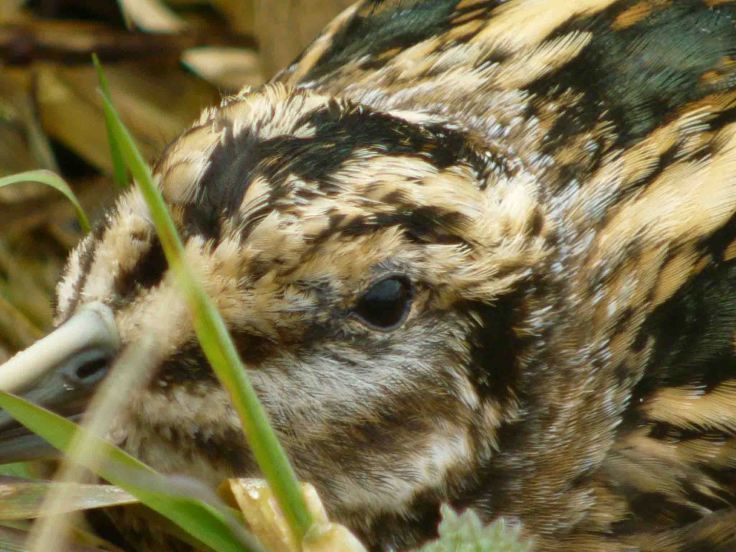 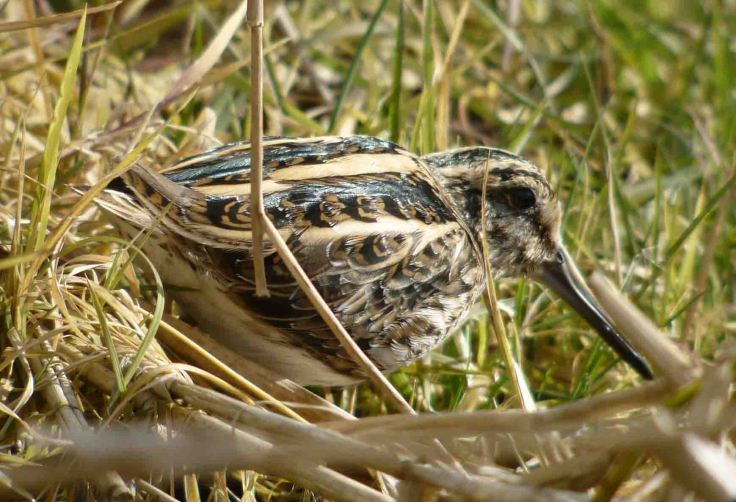 Can you see it?

Got to have good eyesight to spot them!!!!

Common Snipe
Highly unusual for it to sit and pose, they normally fly off when you get anywhere near. 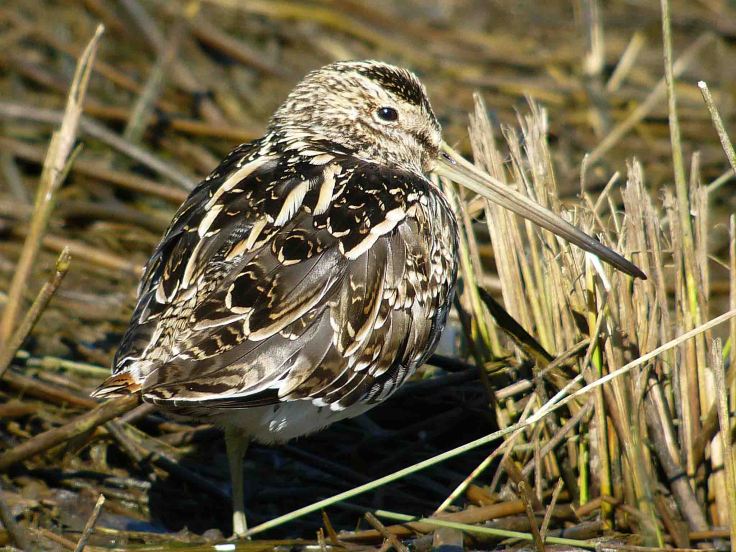 Juvenile White-fronted Goose and male Gadwall
The goose now has a white frontal shield, this is not present Oct-late January/February and moults in but note no belly bars yet.

Yellowhammer, I watched c 20 near my home, some of the males were in song in the bright sun.

Pink-footed with the White-fronted Geese. 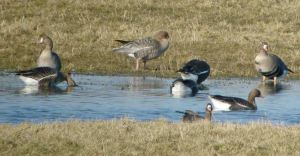 2 March 2010 I was filming with the Countryfile team today in amazingly lovely weather. A long day with a few good birds thrown in.

My earliest ever White Wagtail, WWT Slimbridge
Seen over the high tide among the tidal debris.

Water Pipit, WWT Slimbridge MJM
This bird was obligingly calling regularly. I have been seeing this species at regular intervals around the reserve in the last three years, changes in the management of parts of the reserve have benefited this bird which was previously very scarce. It still remains very hard to see with most views of flyovers as it usually feeds around the scrapes/wet fields etc often in long grass.

Lapwing at WWT Slimbridge, Tack Piece
An albanistic bird with white patches on the back, also Redshank and Dunlin with white panels in the wing this week and the white-headed Dunlin seen here this winter.

Pochard at WWT Slimbridge MJM
Large scale departures of this long distance migrant in evidence this week along with many duck species.

Long-tailed Tit at WWT Slimbridge MJM
A species that nests early and should be incubating eggs by the end of the month.

Bittern in flight through the reeds and taken from a boat.