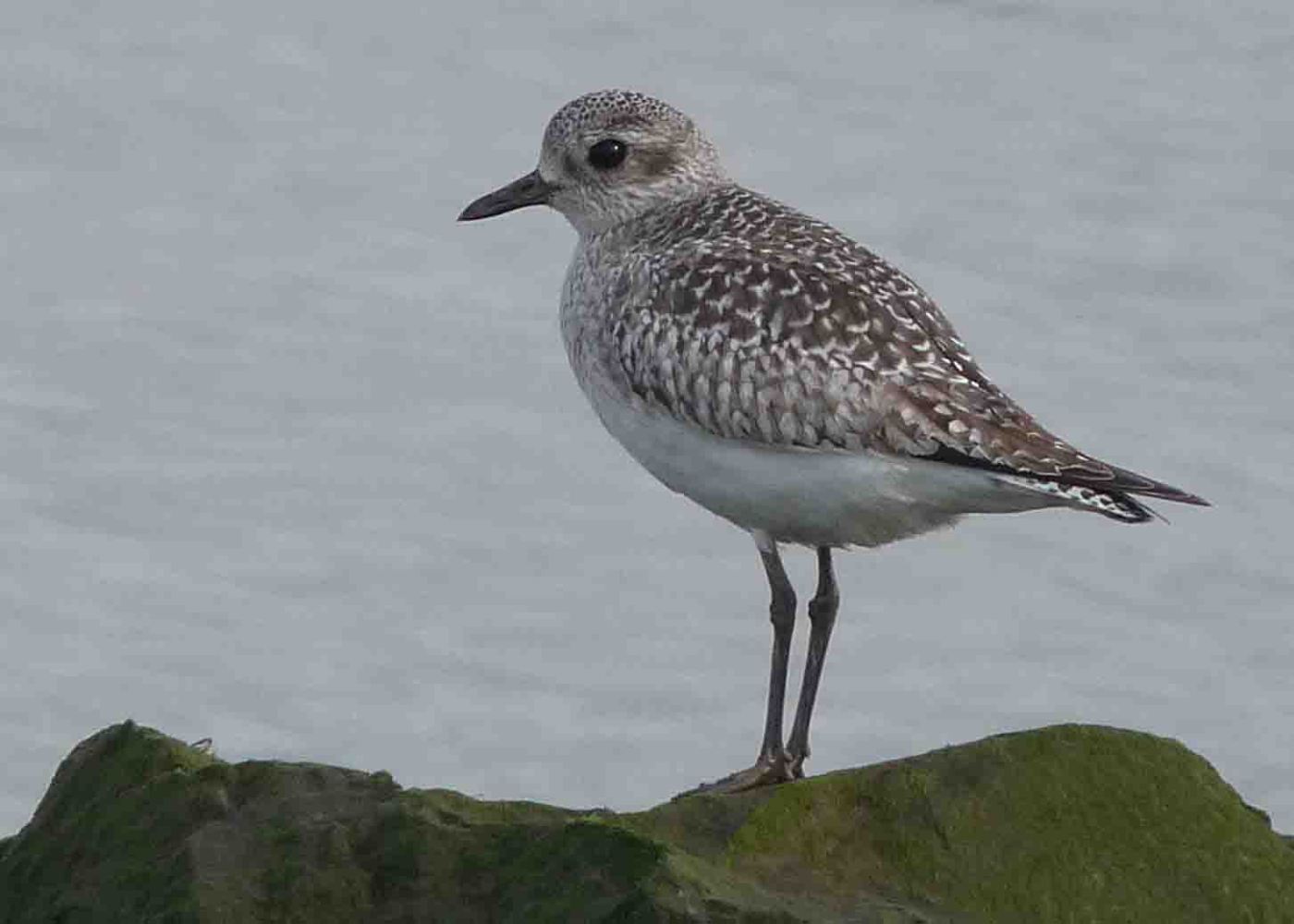 27 April 2010 New birds at WWT today included more Sedge (min 50 on site) and Reed (min 34 on site), a couple more Lesser Whitethroat (6 singers) and Common Whitethroat (5 singers), a near full breeding plumaged Spotted Redshank, a Greenshank, a Common Sandpiper and three Grasshopper Warbler continue to sing on site. A Red-breasted Merganser was seen on the estuary where my personal highlights were seeing 2 Coot ‘out there’ which is unusual and very scoteresque in the fog! Also 9 Whimbrel of which 8 in two parties of 4 flew inland toward the village to feed, they did this last year. A total of 11 Dunlin were also noted, very low. JSL had a female Redstart at the Knott Hide.

26 April 2010 A slightly quieter day for migrants but lots of territorial/singing birds around. A Grey Plover and 16 Dunlin was all on the river which has been rather quiet so far.

Hobby, a pair were present around the WWT, 100 Acre also today. 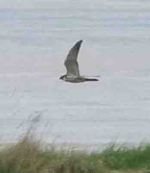 25 April 2010 Yet another good day at WWT Slimbridge. Plenty more migrants around with a Spotted Crake showing well at the Robbie Garnett Hide,  Bob Evans was in the hide and co-found this bird, he deserves it with the patience he shows trying to photograph the different birds around the reserve. I saw my first Hobby of the year, I actually heard its wings first as it swooped after a Swallow over my head! My first Whinchat, a fine male, my first Swifts, up to 20 around the 100 Acre and my first Common Tern of the year. Other migrants were…at least two White Wagtail N, at least three Yellow Wagtail N, 9 Whimbrel in the 100 Acre this evening, 38 Dunlin and a Ringed Plover on the estuary, four singing Lesser Whitethroat, four singing Common Whitethroat and two more migrants, 7 Wheatear including a very grey female, a Little ringed Plover, two ‘reeling’ Grasshopper Warblers at Middle Point, up to 20 Black-tailed Godwit, a Common Sandpiper, 2 Ruff, plenty of displaying Redshank and Lapwing, 10 Sand Martin,  and 3 Brown Hare.

24 April 2010 No real birding but I did see c20 Golden Plover flying around the fields at Bisley above Stroud. I was dying to check them for Dotterel but was fielding in a Cricket match and had to leave it!

23 April 2010 A very warm day in Whitminster, five species of butterfly in the garden including Orange Tip and Brimstone and Common Whitethroat singing across the road. I am pleased to see a Blackbird sitting in a newly built nest in my back garden. 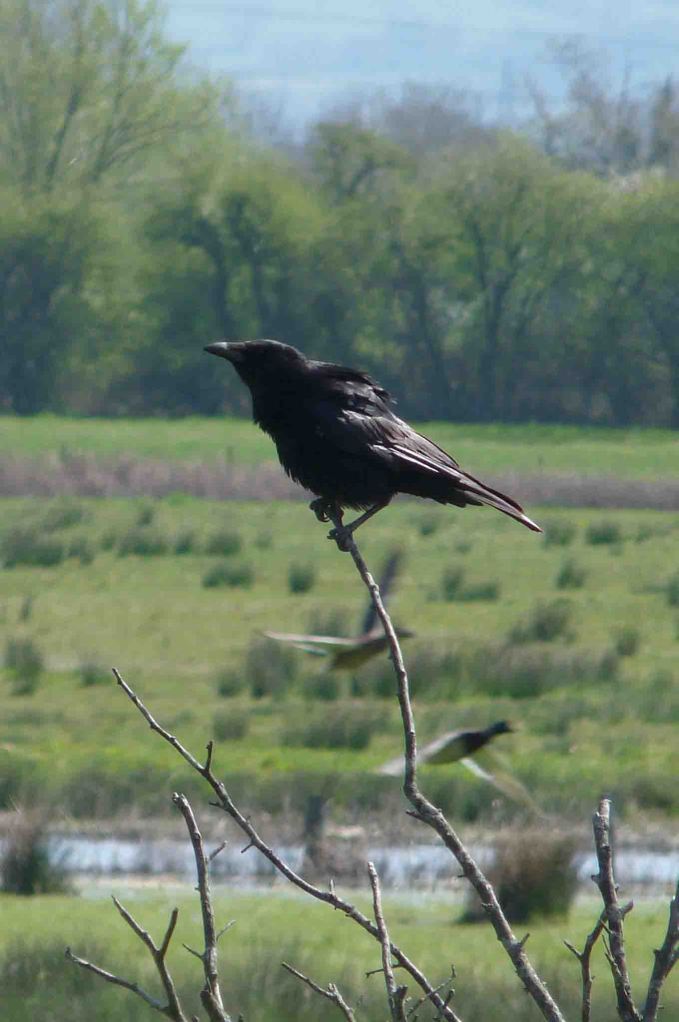 22 April 2010 My birding highlights at WWT were a pair of Ruff, 7 Dunlin, three Grasshopper Warbler including 2  reeling near the East platform in the 100 Acre. We actually had 5 in the area, one at the Holden Tower, one near Middle Point and another near the Tudor Arms. 20 Sedge Warbler, 2 Common Whitethroat and 6 Reed Warbler were also of note.

21 April 2010 I was up and out early for a Breeding Wader Survey of Saul Warth and other sites. It was still frosty so I waited 1.5 hours for it to warm up a bit before starting. A male Garganey, 21 Whimbrel, 5 Curlew and a pair of Oystercatcher were the pick of the birds. Between Wickster’s Brook and the R Cam Pumping station whilst looking for nesting waders I flushed a Grasshopper Warbler at my feet which flew up and perched in the hedge. 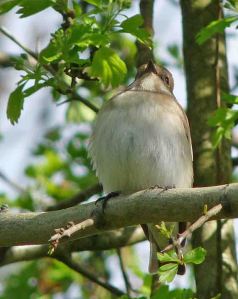 20 April 2010 A few more migrants arrived at WWT today, I saw/heard three Lesser Whitethroat, my first Common Whitethroat of the year, a male and female Ruff, 2 Dunlin, a White Wagtail, three Wheatear, three Yellow Wagtail, a few House Martins, 40 Swallow and more. Highlight of the day was a female Pied Flycatcher that JSL found in the canoe trail willows. I will post some images of it next time I log in but better ones can be found on the WWT website.

19 April 2010 I saw a first summer Little Gull at the 100 Acre pools in the morning, the same bird was around the previous evening. At least 14 Sedge Warbler and other common migrants.

Marsh Harrier over the Top New Piece, WWT. MJM
It was a very well marked bird, looking at the images at home it shows grey wing bars which may well indicate an immature male. These images make it hard to see. I am pleased to have seen the three migrant raptors in a week at WWT, it usually takes all year to log this lot!

18 April 2010 A great day at WWT for migrants, look at the WWT website for a full list. Highlights for me were a MARSH HARRIER that I saw twice with NRS at 0835, South and 0850 North, an adult LITTLE GULL , Lesser Whitethroat singing, 6 Bar-tailed Godwits, 26 Black-tailed Godwit, 1 Common Sandpiper, 2 Little Egrets, 6 Willow Warbler, 1 White Wagtail N, 4 Yellow Wagtail N, 12 Blackcap, 14 Chiffchaff, 6 Reed Warbler, 6 Sedge Warbler, 5 Ringed Plover, 26 Dunlin, 40 Curlew, 1 Whimbrel, 3 Wheatear, a Snipe, 2 Cetti’s Warbler,  2 Pochard, a brief view of what NRS and I thought to be a Grasshopper Warbler (it was heard and seen by MLK/RGB about 40 minutes later) and a very tame Scandinavian Rock Pipit. The Pink-footed Goose was also still with us.

A male Pied Flycatcher was in the WWT car park, scarce on site and the first of the year, plus the first Knot of the year, a male Redstart was on the reserve boundary hedge in Green Lane another first of they year. A Little ringed Plover also dropped in to the 100 Acre where a Reeve still resides. Late news was of a Red Kite and Avocet seen in the 100 Acre last Friday.

17 April 2010 A walk around Whitminster produced a few birds, most notable were House Martins, Swallows and Lesser Whitethroat back on territory, the latter the first of the year for me.  An evening pint at Epney on the Severn and 4 Sand Martin and 200 migrating Curlew over high NE calling as they went was very evocative. I have seen a flock over my house around this week in fine weather every year since I lived in Whitminster (8 years). I have also seen it many times around Frampton/Slimbridge so it must be the same birds departing the winter areas to breed elsewhere, it would be nice to know where.

15 April 2010 Another very cold start to the day with winds from the North, depsite this a steady visible passage of birds through the Severn valley was in progress. During the day I noted a lot of birds, adding JSL and DBP counts and bearing in mind we only scratched the surface due to noting birds whilst doing other things, it was very impressive. The true total must have been quite impressive. All birds were heading North, at least 80 Meadow Pipit, 20 Yellow Wagtail, 45 Linnets, 30 Goldfinch, 300 Swallow, 2 Sand Martin, 150 Lesser black backed Gull, 200 Herring Gull and at 1540 an OSPREY headed across the reserve, I followed it to Frampton Townfield Lake and then across the village.

Red Kite and Slimbridge church spire (taken from the seawall)

14 April 2010 Again a few Sand Martins and Swallows moving but rather quiet otherwise. A few Snipe and c30 Curlew still using the fields at WWT, my fingers are crossed for these. An Arctic Skua was reported going upriver around midday, a typical sighting and date, I hope more come through this Spring.

12-13 April 2010 The return of one of the Avocets to the Rushy, WWT Slimbridge on the latter date was partially encouraging. Migration is very slow, a few Swallows and Sand Martins but less warblers around in contrast to last week.  I was tipped off about a Red Kite and followed it across the reserve and Frampton like last Sunday. I was pleased to get two birders onto it from the East platform in the 100 Acre. We are still hearing Toads calling around the reserve and lots of young Smooth Newts were also seen. The Ladies Smock is now in flower and we had our first Orange Tip butterfly of the year on 13th.

11 April 2010 A Red Kite over the reserve at 3.50-4.10pm and N over Frampton was one of the highlights today, I managed to get Nick Goatman the bird on his garden list with some ‘phonework, always nice to pay ‘Nicko’ back with a bird or two’. I also had my first UK Yellow Wagtail over WWT and a male Garganey in the 100 Acre.

Even in glorious Spring weather you can get a sinking feeling!… 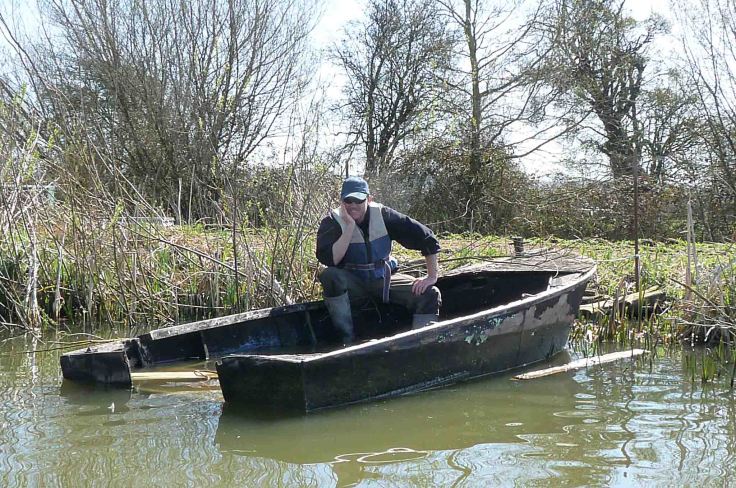 The same bird showing red skin on the face which indicates breeding condition.

2-10 April 2010 Lots of migrants arriving, all very exciting indeed. At WWT,  JSL and I have collectively counted all the calling/singing warblers on site each day and had some decent numbers of Willow Warbler c27 on 7/8th, Chiffchaff and Blackcap, new birds for the year in Britain are… two Sedge Warblers from 7th, a Reed Warbler 7th and 8th, my first Wheatear on 7th with other good spring birds in the area during this fall.
Best of all is the arrival of a pair of Avocet in the Rushy (9-10th at least), only six months after the reserve team and Dave Skelton made improvements to this pond to enhance it for breeding waders. My fingers are crossed as this is a fox free area and ideal for them and us. Brimstone in the garden at home on 10th, I saw one on 8th at the South Lake, WWT.

A large falcon is about the area harrasing waders, gulls etc.

1 April 2010 I dropped the levels on South Lake and a good set of birds duly appeared including two pairs of superb Garganey. See WWT website for full details of sightings.

Little Egret, Bottom New Piece, WWT.
note foot colour change as it is displaying to a mate, they will turn reddish. 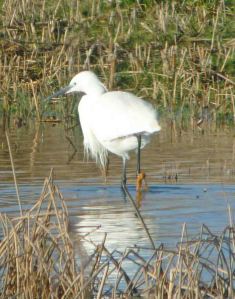