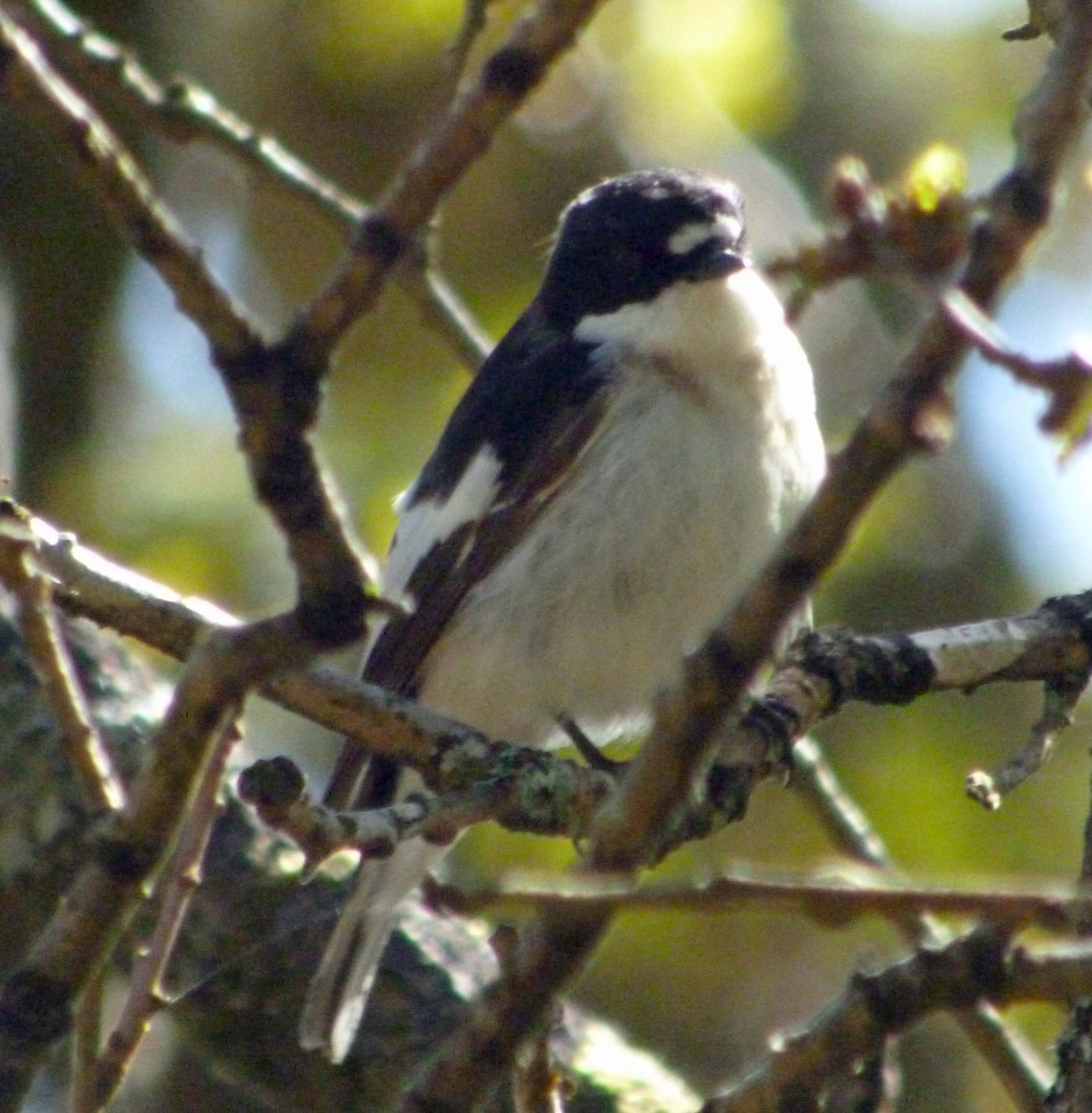 A morning in the Forest of Dean was planned as the weather was perfect. We departed Whitminster at 0630 to make the most of the morning and arrived at Walmore Common. A Purple Heron had been seen here a couple of days before so it was worth a stop. The common was in flood and had a lot of birds feeding and roosting including Little Egrets, Shelduck and Shoveler but no Purple Heron. We carried on to Yew Tree Brake and were soon hearing and glimpsing Firecrest in the firs, the views were of birds high up. A Tawny Owl was discovered at day roost and was being mobbed by smaller passerines. After an hour with the Firecrests we moved on to Nagshead RSPB. A short walk and we were watching the first Pied Flycatcher, at least seven mnales were noted singing on a stroll around the paths. The highlight here was a male Wood Warbler in full song in the sun. 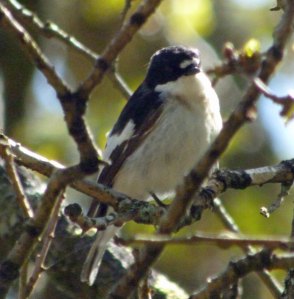 Our next stop was at Woorgreens where management work has re-created some excellent habitat. Following the lake we soon found a Garden Warbler, it showed for us low down in the gorse. A Crossbill flew over. Moving out onto the heath the first of seven Tree Pipits were seen, a very tame and close bird that gave us great views.

Other warbler species were noted, a Willow Warbler was heard, lots of Blackcaps, Chiffchaff, displaying Common Whitethroat and another Garden Warbler. The parachute display flights of the Tree Pipits were great to watch and hear. A female Goshawk appeared overhead and circled in the thermals, a nice addition to the Buzzards. I could hear them arriving and announced that Crossbills were on their way when three flew low overhead and dropped in the pines. A large party of Redpoll and Siskin were feeding in birches, quite late for such a gathering but perhaps delayed breeding by a week or two.

Heading back to the car a smashing Willow Tit began calling and gave us all amazing views as it fed in the alders. The Garden Warbler was out in the open and singing again, more good views. The common woodland birds such as Jay and Great Spotted Woodpecker and Nuthatch added to the outing but it was just one of those perfect days where so many birds gave themselves up, right place, right time. Thanks to all who attended.
MJM.