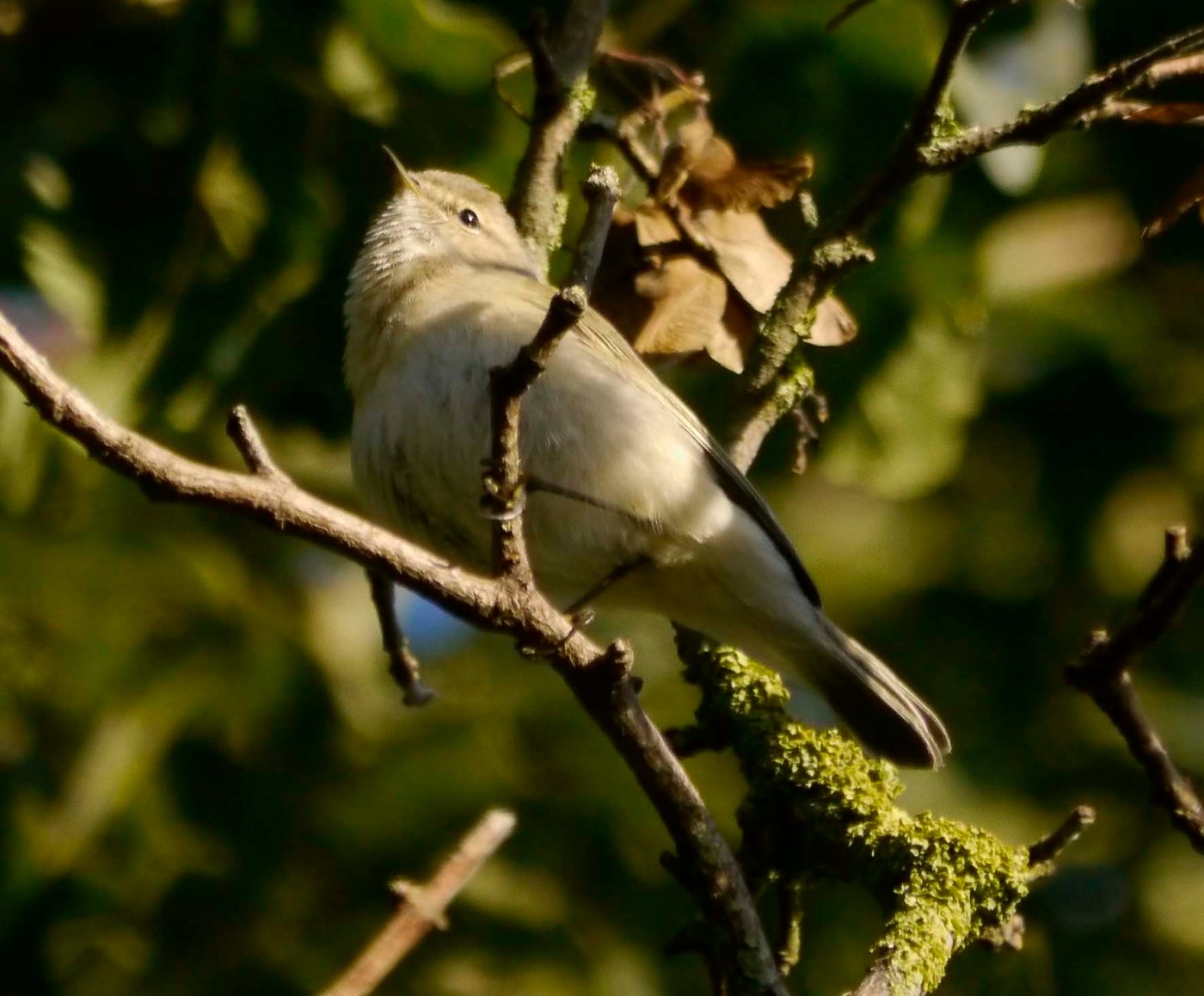 I was pleased to be able to start the day in calm and sunny conditions, a Reed Bunting flew over heading SE when I got out of the car. After feeding the Rushy wildfowl I set off to unlock the rest of the reserve’s hides. I  passed Blackbird, Song Thrush and Redwing that were all out in the open enjoying the settled weather in the Rushy lane. At the Martin Smith Hide I looked out across the Tack Piece noting an increase in the Wigeon and Teal numbers at this site today.

I heard a warbler singing outside and was puzzled, so went out to look for it. No further sound. Steve Owen arrived and joined me. I have not seen Steve for a while so while we were catching up only a Goldcrest called.  I unlocked the gate to access the Holden Tower and walk down to the Holden Tower with Steve. Not far past the tunnel I heard the warbler again in the Elders and Field Maple so we retraced our steps, it sounded like a speeded up Chiffchaff with a different sound, hard to describe but more tutswee or tutsouee notes.

It took a few minutes to show and sang regularly for Steve and I. When it showed it was in the company of another Chiffchaff, this bird was clearly different. We had excellent views from below and I got a few shots, Steve was certain he had heard a Siberian Chiffchaff on Scilly singing the same song in recent years, I have to admit it was new to me. I have heard them call many times before but not heard the song. It was a distinctive as Iberian Chiffchaff, I recorded the call on my phone and then moved to get a clear shot from the bridge and succeded in taking some of use. It eventually moved off to the Decoy. About 50 minutes later I located again by song at the Rushy/In Focus end of the Decoy. I left Steve Owen and Geoff Moyser with it and carried on with my chores for the day.

It was seen near Robbie Garnett Hide at around 1040am by James Lees and in the afternoon near the Rain Garden, Big Pen by Bruce and Jean Pendlebury. I searched and listened at lunchtime 1340-1400 along the Holden Tower path but did not locate it there.

Without checking I reckon I have found/seen over ten Siberian Chiffchaff at WWT Slimbridge, almost annually in recent years.  I had one overwinter in my Bristol garden when I was c 15 years old and have seen/heard likely birds in many SW counties and a few others in Glos such as Frampton Pools and CWP.