I took this image whilst out looking for a Keeled Skimmer, I was pleased to have reach the same spot as I did in June but this time without crutches. This is a rather one dimensional blog involving much talk of my injuries but it has totally dominated my life since April and wildlife experiences were often snatched but very much cherished. Some of the images during the period follow.

I became more mobile during the summer as wounds repaired and built my working days to five days a week on light duties. I was still suffering pain and restriction from part of the metalwork in my foot, after a consultation with the surgeons who re-built my foot I was booked in for another operation on 20 August. I was not looking forward to this as I knew it would be a step back and this time it was not emergency surgery. The summer weather was incredible and juvenile birds were still fledging well into the season. I had the operation on 20th August and it went to plan, excellent day case operation procedure and brilliant staff at Frenchay. I was really sore and bleeding but rested for a up week. The anaesthetic and subsequent medication really took it out of me again. I had to look after the stitches and the wound but also start using my foot to ensure it did not seize up. It took a long time to heal as it was the second time it was opened up and did not close over until late October. I had a few other problems with an infection in the toe and was back on antibiotics again in October. I did return fully to work but on lighter duties and will be using annual leave to have regular longer rest periods. I had a family holiday 24-30 October to Portugal and Spain which has done us all a lot of good. Blog of that trip is already posted. I still have a lot of recuperating to do and possibly more surgery to remove the support metalwork in my foot in future, weekly physiotherapy has been going well. Thanks to all of you who ask how I am doing.

Back to the birds….

WWT Slimbridge was full of passage waders and that makes me smile.
Snipe at the South Lake 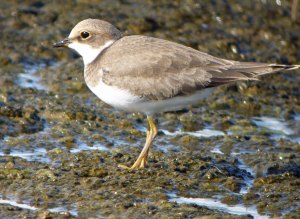 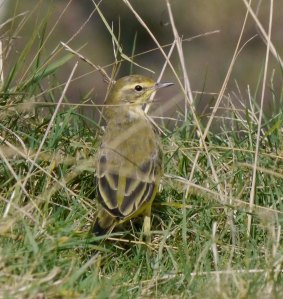 Curlew Sandpiper on the Severn. Although not a record I did see 19 one day on the mudflats. 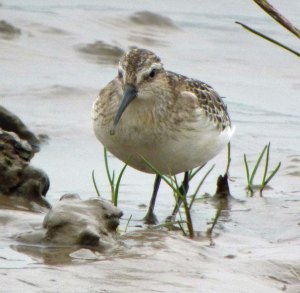 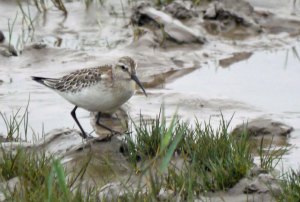 23 September 2013
Whilst I was looking for the Buff breasted Sandpiper (did see it briefly the day before) with visiting birders a new, previously unrecorded Spoonbill arrived on the Dumbles edge, it was intially roosting among the Shelduck and gulls before heading north.

6 October 2013
Wryneck at Severn House Farm
I just had to go and have a look at Paul Taylor’s nice find especially as it was so obliging. I could have got some great images if it was not so busy along the footpath. 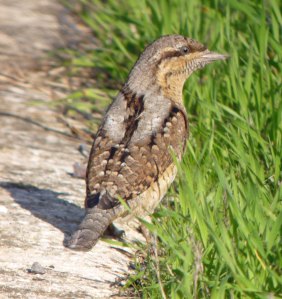 7 October 2013
Although I was off I thought about going down to work to check the tide but decided on investigating the northern fields. I got a call from James to say he had seen a Baird’s Sandpiper on the estuary and joined him in a search for it. The tide was very high and it was with the small waders in the Top New Piece, views were distant and into the light, a couple of poor images follow. 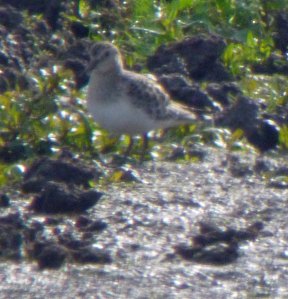 In the afternoon I sadly attended the funeral service of the father of one of my closest friends in the Forest of Dean. I took a short walk at Woorgreens prior and I saw 14 Crossbill, 3 Wigeon on the lake, 40 Siskin, 2 Raven and 18 Meadow Pipit. Whilst the service was in progress a few Crossbills were calling in the trees above, a bird guard of honour, very apt as Bob was very much into his birds and we always talked about Forest of Dean avifauna or football when he and his wife Sue ‘put me up’ for the night after a few pints with Tom. A thoroughly nice bloke who was into wildlife and will be missed.

14 October 2013
A Brambling flying around calling over my garden was a nice start to the day, 2 Swallows were over at the same time. I picked up a Great Skua in my scope out on the estuary off Saul Warth during this gale/storm, it was creating mass panic among the gulls and waders. No pics sadly.

Common Gull ahead of the Severn squall. 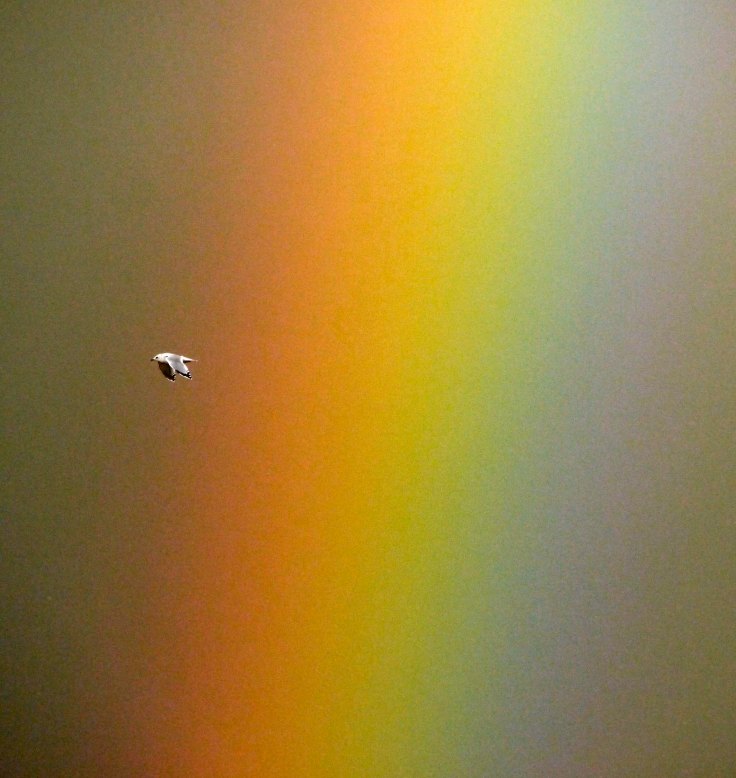 A sunny morning produced this Marsh Harrier on the Dumbles.It flew in persued by corvids and hid in the hedge before flying off toward the 100 Acre and then returning to rest on the pasture.

17 October 2013
A confiding Stonechat in the 5 Acre, good to see them as this species has taken a hammering in recent cold winters and is not a regular wintering bird currently.

19 October 2013
A walk with family and friends to Haresfield trig point produced 14 Crossbill over with a Merlin stooping at them and 2 Raven.

20 October 2013
A rather orangey and well marked Hen Harrier was over the spartina island on the Severn.