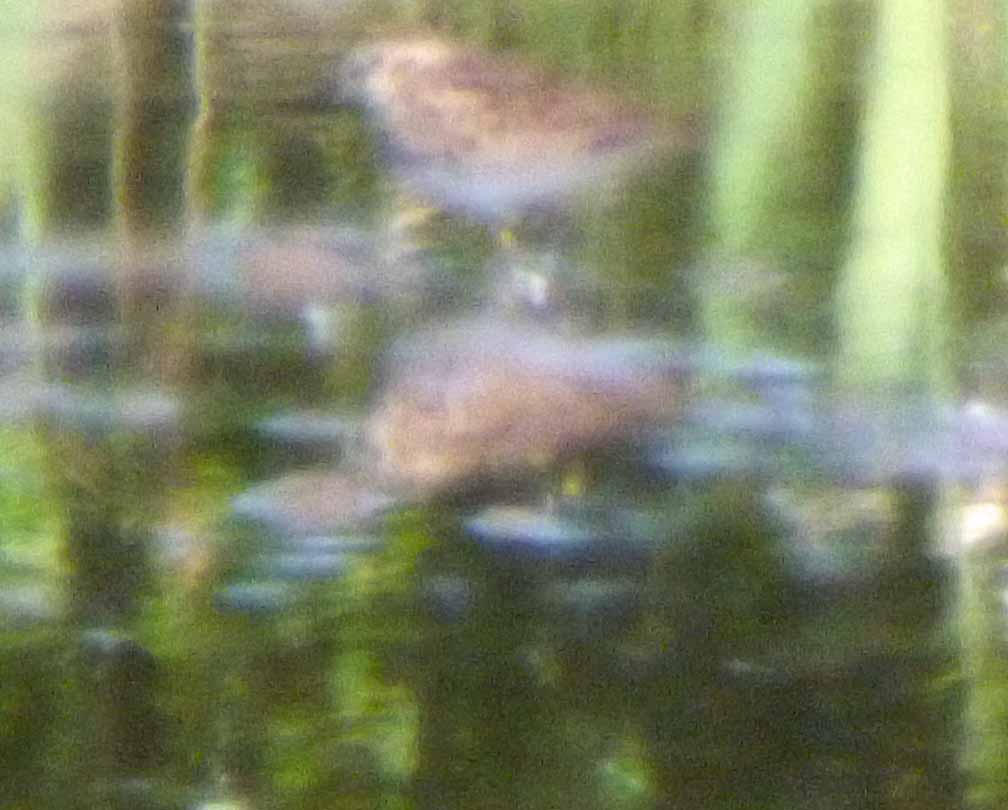 Many of my sightings are from where I work as a Senior Warden-WWT Slimbridge but I do get about the Severn, Gloucestershire and further afield. All images are mine unless stated and are copyrighted.

See trip report section for sightings on a visit to Scotland and the Western Isles.

Received a call from Jake King to say he had a strange wader which was distant in heat haze on the Top New Piece, I offered to join him to have a look. Conditions were trying, very hot and humid and visibility was difficult. On arriving in the hide, Jake had already started picking out features. Scope views were much better than anything the camera could pick up, a careful check of all features was made. We were both happy with Temminck’s Stint as the conclusion. A nice little find for Mr King on a day when a few were noted about the country. 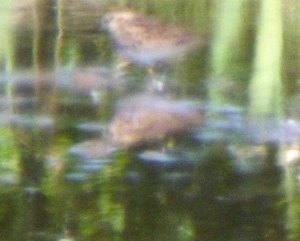 A sorry excuse for a Marsh Harrier, plumage missing everywhere including a re-growing tail. This bird has summered around the Slimbridge/Frampton area. That evening I saw it and a second, this time a fresh plumaged female around the 100 Acre/Splatt area

Ringed Plover, Dunlin and Sanderling on the Severn

A high tide where the small waders were harassed by a Peregrine and moved to rocks to sit it out.

Like so many of the other wader species in May, this bird is Arctic bound.

This newly emerged insect was my first of 2014

Very pleased with how many Cuckoo are about locally this spring, seeing/hearing them daily is just ace.

The last one hanging on locally appeared to be ill or perhaps tired after the gales, it commuted between the Severn estuary and Frampton pools where Nick Goatman was also seeing it most days. A few flocks went through this spring.

Grey Plover on the Severn 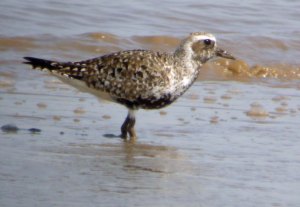 I went in early a mizzle laden morn to get to grips with Lapwing broods on the ‘bottom pieces’ (names of fields/marshes) and my second peek over spot revealed more chicks of this often unsuccessful local breeder, things were looking good for a change. I scanned an saw a variety of brood ages feeding along where the vegetation meets the muddy shore, all was well. Then I heard it, a crashing bashing, clanking, rock n rolling Great Reed Warbler cranking out full on heavy warbler metal. In my head I said to myself…nice…Great Reed and carried on searching for fluffy wading birds chicks with oversize heads and legs. Another rendition of ckkkrrkk ckkkrrkk, chhiick, chhiick, kraak kraak and the monster in the reeds got the Euro to drop! Great Reed Warbler at WWT Slimbridge, man that is a first for the site/patch. It went one further and climbed higher in the reeds, I did not know if I should brave it and stay or run for it, the reeds were shaking all over the place, I got the camera out and then it appeared. It looked at me and stared me out, I froze, then dropped my bins and took a shot.

It then moved into action, it was in a mood but luckily for me a Reed Warbler that was annoyed nearby took the brunt of the scolding, it chased it’s tiny relative away. I backed off up the bank and saw it a few more times as it patrolled up and down the ditch and into the hawthorn trees, I left it and went over the bank to start calling out news of this long overdue visitor. It is a third for the county of Gloucestershire. Within the hour the bird moved along the ditch to the Holden Tower and performed for plenty that day and the next. I went back to complete my wader work the next day.

“What are you looking at titch, can I help you”

Spring gales brought lots of goodies to the Severn but not as far up as my usual patch. No luck with the Pomarine Skuas or breeding plumaged Great Northern Diver that were being scoped a bit further downstream but a few notables. Outrageous views of a Gannet was a real treat, this one nearly landed on the head of Gloucestershire ‘seen the lot’ Neil Smart. I did wonder if he had kipper for breakfast. A Bonxie was also of note.

A good day for migrants at work begun with a species I had never personally found in Britain before. I have seen a few including the two previous Glos records. Just before 8am whilst scanning the Rushy I clapped my eyes on an adult breeding plumaged Bonaparte’s Gull. It flushed three times before I could get a pic which was a worry but I was glad that it settled down on South Lake for all to see.

Bonaparte’s Gull (left) on the Rushy

Another view of the Bonaparte’s Gull. 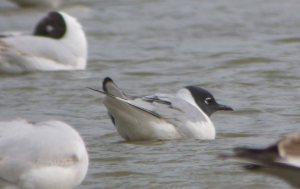 Other good news at work  was that at least two pairs of Avocets had hatched young on the Dumbles.

I logged my first 2 Hairy Dragonflies of 2014 (one GHG and the other 100 Acre) NRS saw a Four-spot Chaser and c40 Azure Damselflies were on the wing.

In the afternoon I spent time trying to be helpful in the hides, I heard a drake Garganey call once and searched for it. No sign for a while until I located it tucked under the bank on the South Lake. Eventually it showed.

3 May 2014
Up and out early on a sunny spring morning to search for my target bird of the day-the tiny Lesser-spotted Woodpecker, I was delighted to see/hear two males drumming and calling. One male really impressed me with great views, I enjoyed every carefully spent minute spent in his company whilst he did what he had to do. On various rambles I logged 20+ Garden Warbler, 12+ Tree Pipit, a pair of Goshawk, single fly-over Crossbill, 3 singing Wood Warbler, three singing Lesser Redpoll, singing Siskins and a variety of commoner forest birds. 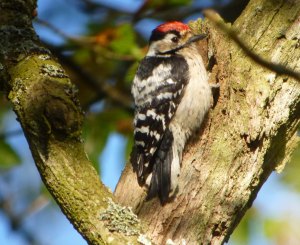 2 May 2014
A walk with my children along the Severn Way at Arlingham produced c20 Swallow actually plucking insects of the umbellifer and a few Sand Martins, perhaps the latter breed in the red sandstone cliffs of Newnham on Severn.